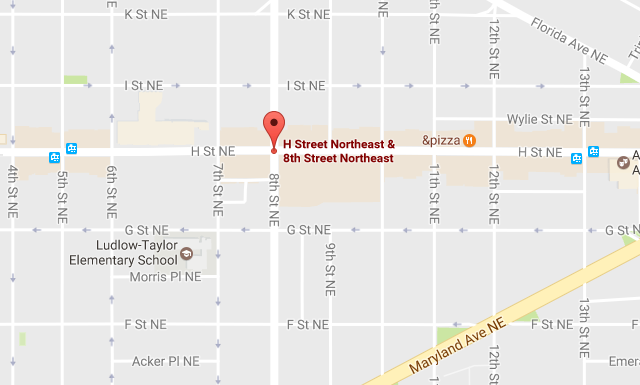 “Today at approximately 630 PM the First District responded to an adult male of approximately 50 years of age who ran to the store at 1101 H St NE and advised that he had been stabbed several times. The original offense may have occurred at 8th and H St NE.

The victim was not able to communicate a motive or a more specific suspect lookout than that he was stabbed by a Black Male in his 20’s wearing all black clothing and no witnesses immediately came forward.

If anyone observed the offense or would like to provide any information about this case, it is currently being investigated by the Detectives of the First District Detectives Unit who may be reached on (202) 299-2025. Please reference CCN-17-017800.”