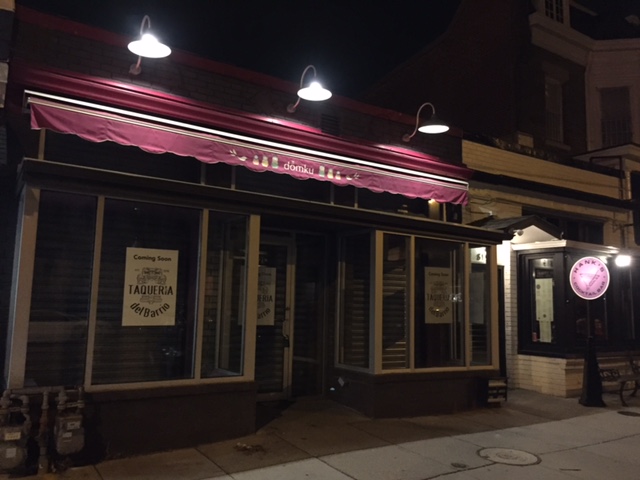 “Anna Bran-Leis and Shawn Leis, the couple behind the forthcoming Taqueria del Barrio will host a pop up next door at Hank’s Cocktail Bar on President’s Day, February 20, 2017. “We really want the neighbors to come and try some of our menu items and luckily we have close friends next door,” says Leis whose best friend Jamie Leeds, owns Hank’s Cocktail Bar next door to the taqueria space. While the construction team readies their 2,200 square foot restaurant, the food and beverage team has been constructing the menu.

The President’s Day Taco Pop Up will feature a limited menu of three cocktails priced at $10 each, five different taco choices at $3 each, tortas, quesadillas and a couple of appetizers at a la carte pricing. Guests can order as much or as little as they like. Anna & the team have been working on the concept’s menu in the commercial kitchen space they use for DC Empanadas, another business owned by the couple.

The taco pop up will take place from 11am until 8pm on Monday, February 20 at 819 Upshur Street, NW, celebrating the true meaning of ‘del barrio’ which translates to ‘of the neighborhood.’ 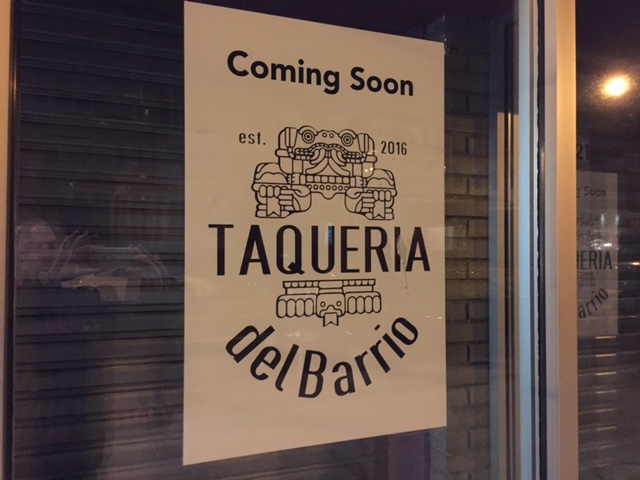 Taqueria del Barrio is the newest project from husband and wife team, Shawn and Anna Leis who also own DC Empanadas food trucks and Union Market stall. The taqueria will open to the public in mid-March 2017 at 821 Upshur Street, NW in the Petworth neighborhood. The modern taqueria will serve lunch and dinner with a solid bar program and then start brunch a little bit down the road.”