Newsletter
Search
Dupont Circle, who are these people? 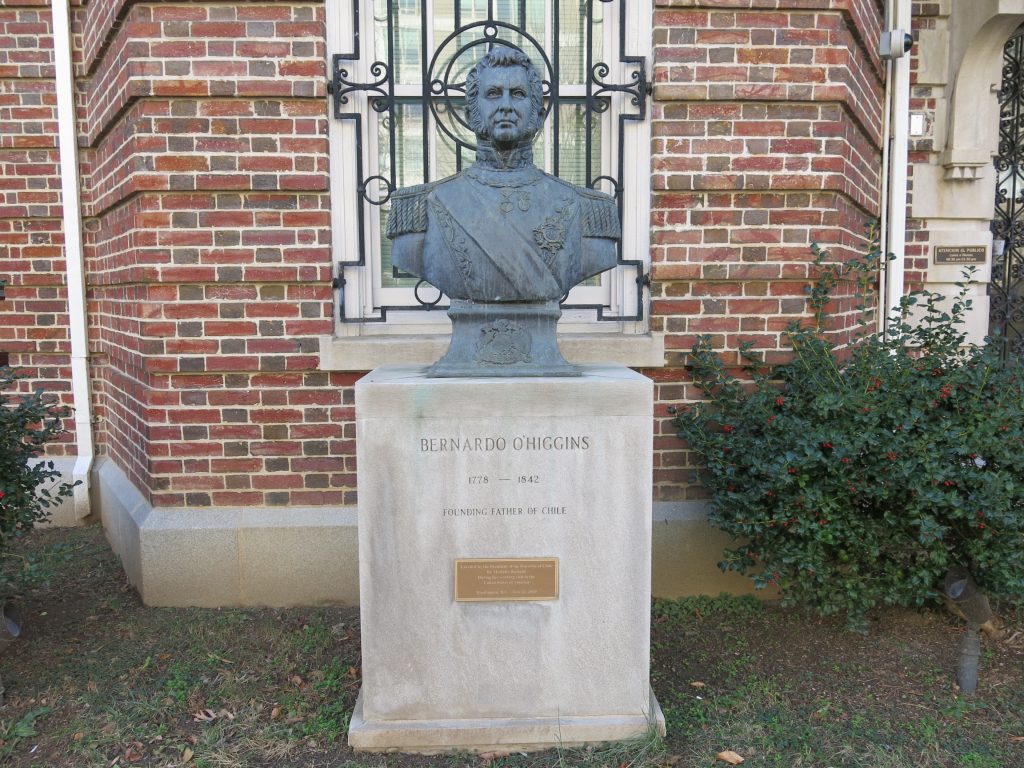 Bernardo O’Higgins was a Chilean independence leader who, together with José de San Martín, freed Chile from Spanish rule in the Chilean War of Independence. He was a wealthy landowner of Spanish and Irish ancestry. Although he was the second Supreme Director of Chile (1817–1823), he is considered one of Chile’s founding fathers, as he was the first holder of this title to head a fully independent Chilean state.”