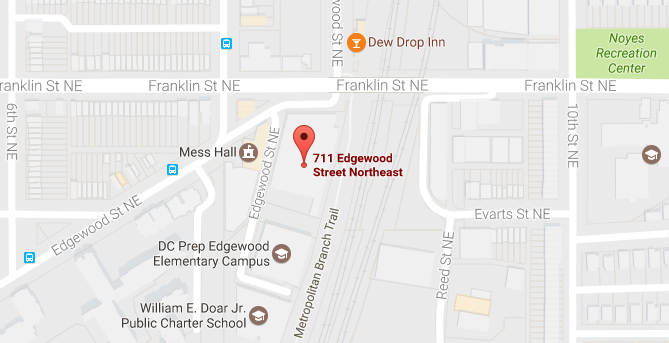 UPDATE from another reader:

“There’s no plan for there to be a halfway house at 711 Edgewood. CORE used the address – without permission of the owner of the property – to apply to a federal request for proposals (RFP).”

The Federal Bureau of Prisons has proposed to locate a Prisoner Re-Entry Housing Facility in our neighborhood at 711 Edgewood St NE. This location is inappropriate because of its proximity to a cluster of two elementary schools and a middle school each across the street.

While services and support should be given to our fellow citizens, the currently proposed location is an inappropriate location because of the surrounding schools and children, and their families.

Here is some information about the proposed facility:

300 Beds for males in-house re-entry services,
An additional 150 home-confinement placements.
The contract would be for 5 years.
Residents in the facility would come from 1) inmates who are transferred from a prison to the RRC (Residential Re-entry Center) for pre-release programming, and 2) offenders under the supervision of the US Probation Office who are required to live at the RRC.”

Read more →
More Stories
Say What Now?Today’s Rental is “$1785 per month after pro-ration”