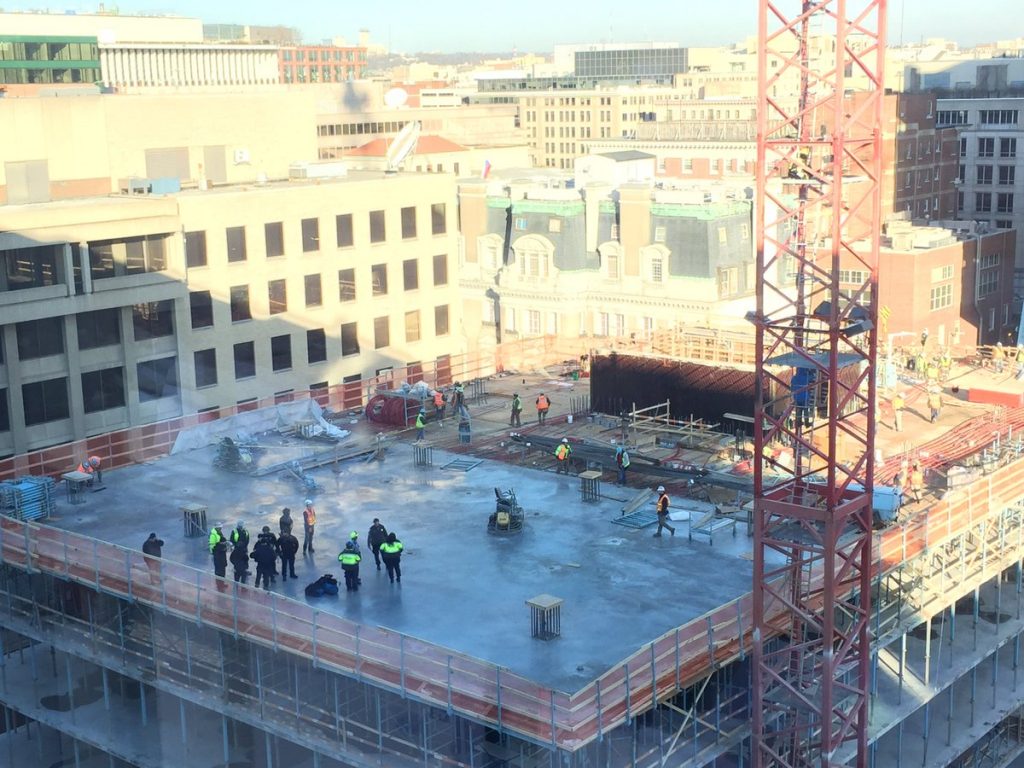 “Protesters climbing a crane in downtown #DC. Guy in vest appears to be chained to crane above blue jacket who is blocking ladder.” 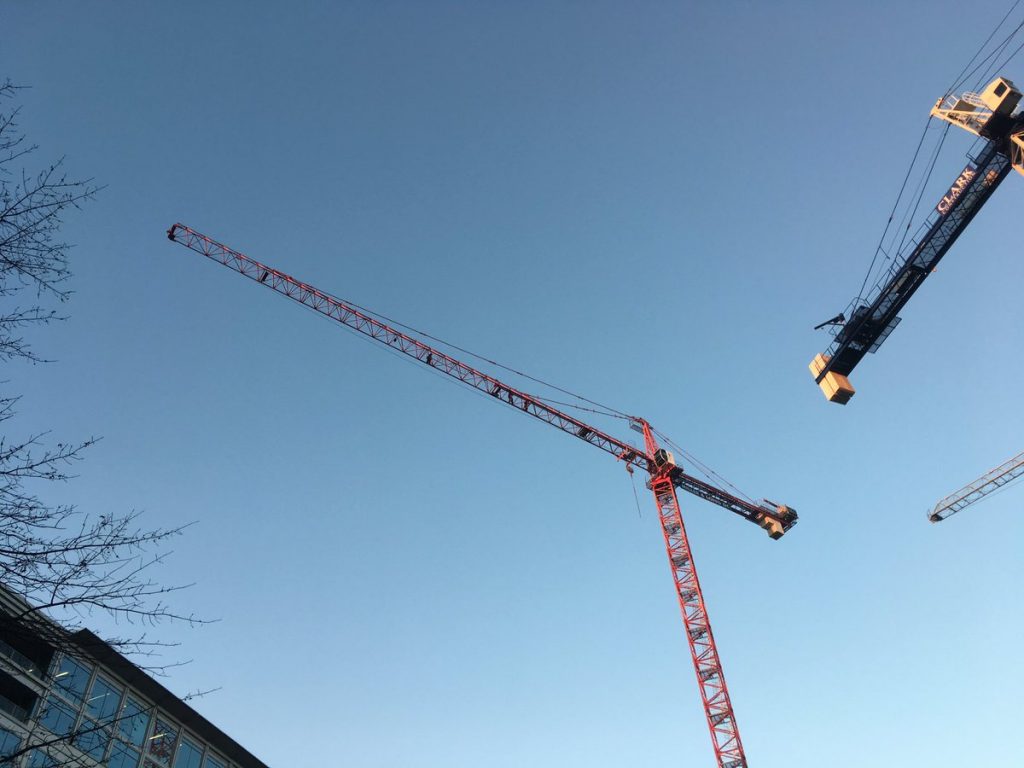 “Interesting morning at the former @washingtonpost HQ construction site with protesters on the crane at 15th and L.” 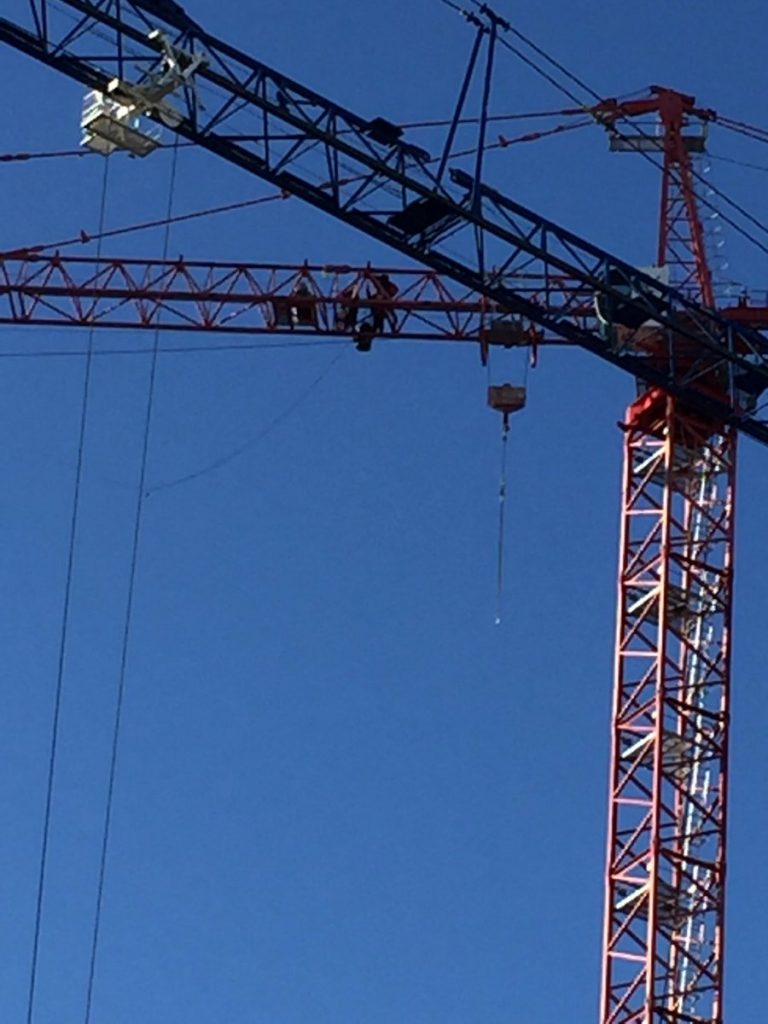 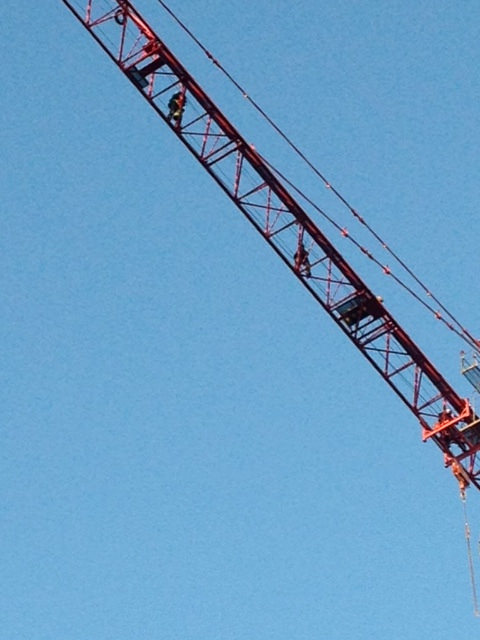 Thanks to all who sent emails an tweets starting at 8:30am

“Protesters apparently shackled themselves to the crane in the construction site where the Post used to be. 15th is closed between L and M. Fire tucks and police on scene.” 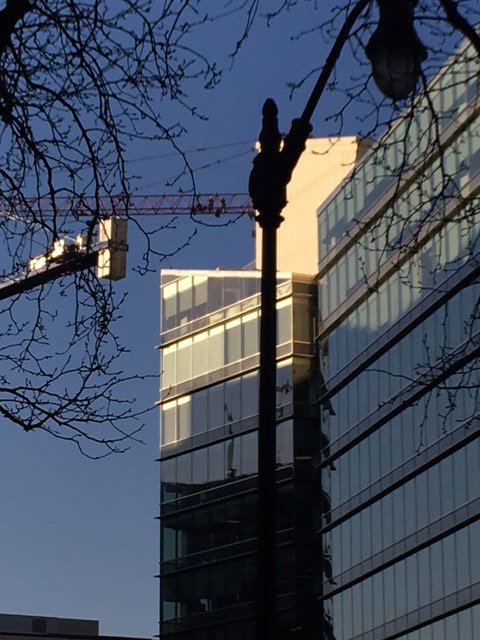 Videos after the jump.

15th street NW is shut down for what appears to be protesters up on the construction cranes. Any news, @PoPville? #protest #DC pic.twitter.com/yhuqpRHWkY

Protestors are on a crane at the old @washingtonpost building construction site. One has a small RESIST sign @PoPville pic.twitter.com/9pZzwNlSQn