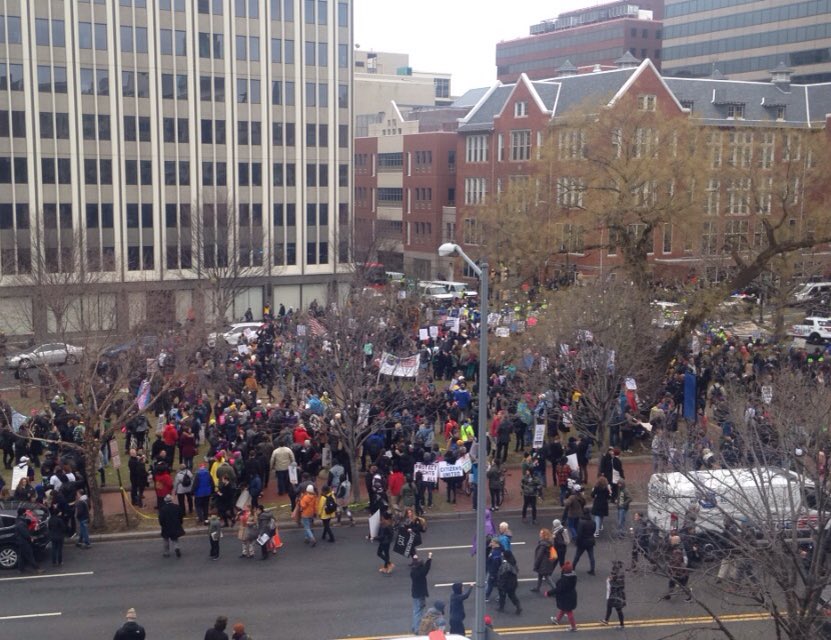 Thanks to Lisa for the updated photo above sent just before 1pm.

“At approximately 10:30 a.m., an organized group was observed marching south in Northwest Washington. On their way, members of the group acting in a concerted effort engaged in acts of vandalism and several instances of destruction of property. More specifically, the group damaged vehicles, destroyed the property of multiple businesses, and ignited smaller isolated fires while armed with crowbars, hammers, and asps. Preliminary information indicates the group collectively engaged in these criminal acts. MPD members were alerted to the criminal activity, and responded swiftly to contain and detain the involved individuals in the area of 12th and L Streets, NW. At this time, numerous arrests have been made and those individuals have been charged with rioting. Investigation into the incident remains ongoing. Pepper spray and other control devices were used to control the criminal actors and protect persons and property. During the incident, police vehicles were damaged and two uniformed officers sustained minor injuries from coordinated attacks by members of the group that were attempting to avoid arrest .”