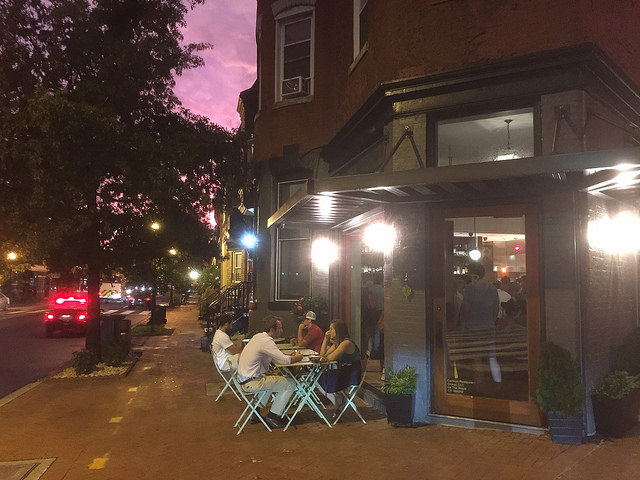 “As America (sadly) prepares to say farewell to President Obama later this month, The Royal in LeDroit Park is sending him off in style, with a special “Royal Knights” Aloha Luau next Monday, January 9 from 9 p.m. to 1 a.m. Paying homage to the departing President’s home state, the monthly industry night series brings the Hawaiian tropics to DC for just one winter night, featuring Tiki tipples from guest bartenders Lukas B. Smith of Cotton & Reed Distillery, Carlie Steiner of Himitsu and Horus Alvarez of The Eddy in Providence, RI, along with island flicks on the projector and other tropical surprises.

The rum-soaked evening will showcase rums and liqueurs from DC-made Cotton & Reed, plus unique Caribbean and South American spirits like Rujero Singani (a Bolivian brandy), Hamilton rums (imported from Jamaica and Guyana), Ilegal Mezcal (from Oaxaca, Mexico), and the classic Tiki flavors of pineapple, citrus, cacao, nutmeg + more. And of course, this monthly guest-bartended industry night features $8 cocktails from three of the area’s top cocktail talents.

Carlie Steiner, co-owner of the just-opened and already-loved Himitsu in Petworth, echoes DC’s sentiments about the departing President with the following Tiki-inspired cocktails:

He was the bees knees.
Gin, Lemon + Hibiscus Honey

And The Royal’s former beverage director Horus Alvarez (now of The Eddy in Providence, RI) is back for one night only, serving up several Hawaiian-inspired drinks which will be announced later in the week.

And to further transport guests to the tropics for the evening, The Royal will screen island flicks such as the Elvis-headlined Blue Hawaii and Donovan’s Reef with John Wayne on the projector.

This is part of The Royal’s “Royal Knights” event series, where on the second Monday of each month, they focus on a new batch of craft spirits, lesser-known liqueurs, and the creative people who make them, hosting guest-bartenders from around the country and introducing guests to creative new brands in the booze industry.”