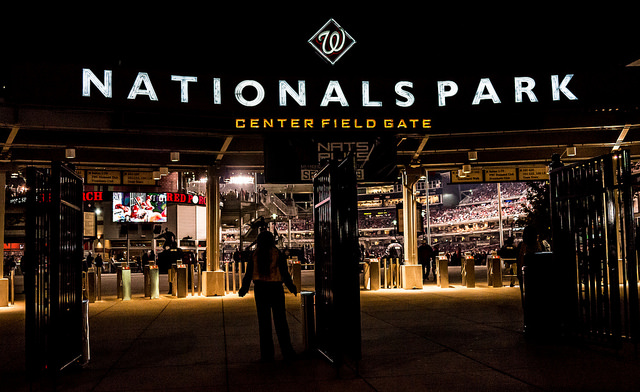 A reader sends this story from NBC Washington:

“Police were called to the Center Field gate just after 10 a.m. for a report of a shooting.

One man was shot in the face, according to police. His current condition is unknown.”