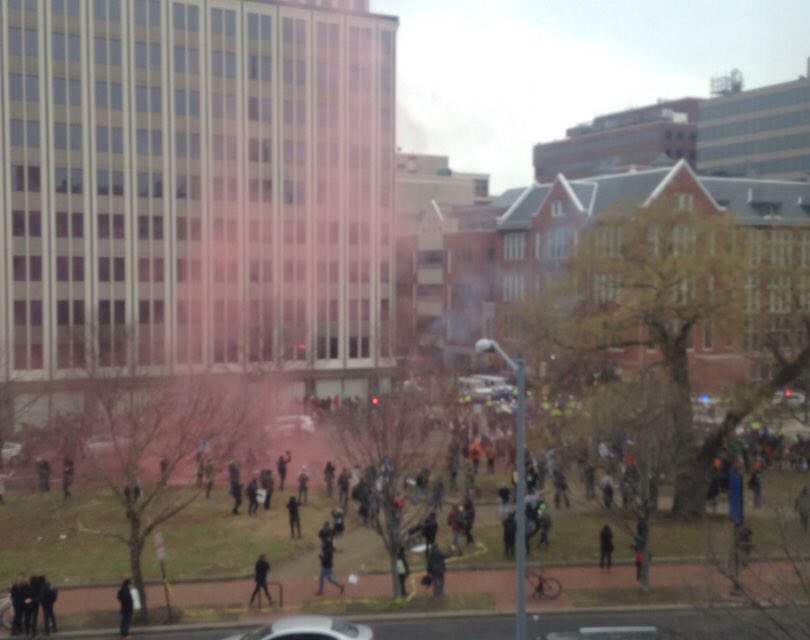 “there is a now seemingly endless deployment of flash bangs. I’ve never heard anything like it. It’s constant.”

“most protestors have left 12th and L intersection now.”

Rebecca writes: “McPherson Sq is a flash point 3 newly launched sound grenades [flash bangs] & spray police running to corral ppl off AGAIN we had to run. make that at least half a dozen sound grenades people getting spray and cops cornering ppl this WAS peaceful up NY Ave”

Caitlin writes: “There are a lot of loud bangs on K street near 10th”