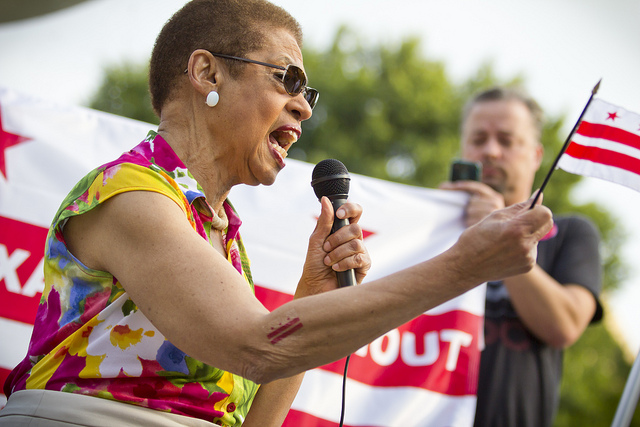 “After speaking on the House floor, Congresswoman Eleanor Holmes Norton (D-DC) said she will vigorously fight to prevent Senate consideration and passage of a national anti-choice bill passed by the House today that uniquely targets the District of Columbia by permanently prohibiting the District from spending its local funds that have been approved by Congress on abortion services for low-income women. The bill also permanently bans federal funding for abortion, prohibits D.C. and federal government employees from providing abortions, prohibits abortions in D.C. and federal government facilities, and defines the D.C. government as part of the federal government for purposes of abortion.

“After millions of women protested to demand respect and the ability to make personal health decisions about their own bodies, House Republicans have once again have launched a double attack against the constitutionally-protected reproductive rights of women across the nation and against the home-rule rights of the 680,000 American citizens living in the District of Columbia,” Norton said. “I will be working closely with our allies in the Senate to defeat this anti-choice, anti-home-rule bill.”