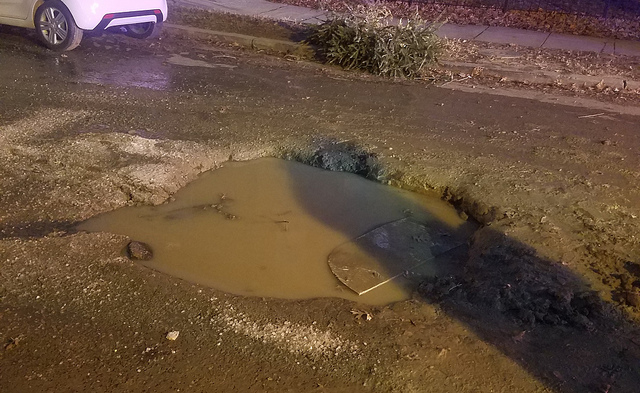 “Bus is gone. Guy who came out of the house in front of it said he called it in 3 weeks ago.”

“A school bus with children on board got stuck in a sinkhole Tuesday afternoon.”

“Students on board were escorted outside through an emergency exit. They were taken to a nearby building to stay warm on the cold night. No injuries were reported.

Sanders said he had reported the sinkhole multiple times over the past two weeks.”