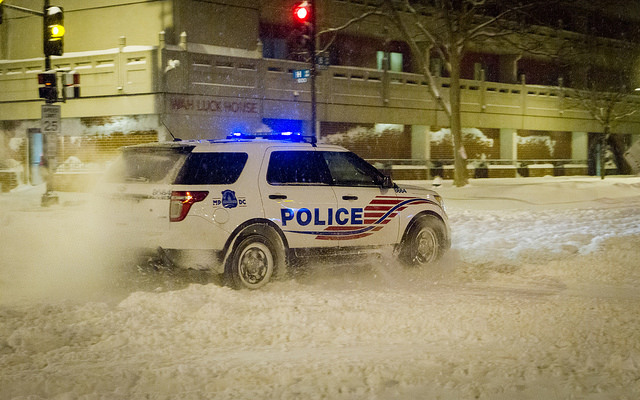 Under the Bowser Administration, the District of Columbia has seen a nine percent decrease in total crime, with violent crime down seven percent and property crime down nine percent. In addition, over the past two years, burglaries are down by one-third and car thefts are down by almost one-quarter.

“It is clear that our efforts to create a safer, stronger DC are paying off – over the past two years, property crime has decreased by nine percent and violent crime has decreased by seven percent ,” said Mayor Bowser. “In 2017, we will not let up. Through new initiatives and through enhancements to the programs we already have in place – like the transition to a sector policing model, we will continue making our streets safer and our neighborhoods stronger.”

To build on the city’s progress and ensure that the District is using all resources as efficiently as possible, MPD has implemented sector policing. Sector policing has been lauded by the Federal Bureau of Investigation as an innovative, proactive community policing technique that improves accountability and performance by creating a single chain of command. The sector model also ensures that younger command staff can be mentored by more experienced colleagues.

Under the MPD implementation of sector policing, each patrol district is divided into three sectors with a sector being an informal grouping of Police Service Areas (PSAs). Each sector will be led by a captain, who will report directly to their respective police district commanders. Sector captains will be responsible for their assigned areas 24 hours a day, 7 days a week. Lieutenants will share responsibility for overseeing the PSAs and personnel in their sector on any given shift. Sergeants and officers will continue to be assigned to their current PSAs.

Residents will see no change in deployment under the MPD sector model.

“The dedicated members of the Metropolitan Police Department recognize the importance of community engagement as a crime reduction strategy and we will remain committed to strengthening our relationships with residents, neighborhood associations and businesses to achieve even greater success. The reduction in crime across our city is also a testament to the relentless efforts of the men and women of MPD to ensure safety as a top priority,” said Interim Chief Newsham.

On February 4, the Mayor’s Office and MPD will host a datathon to engage community members in improving data visualization on MPD’s website. The datathon will make it easier for residents to see and understand the crime data that MPD currently posts on their website.

Complete 2016 crime data can be viewed here and additional information about the District’s sector policing strategy is available here.”