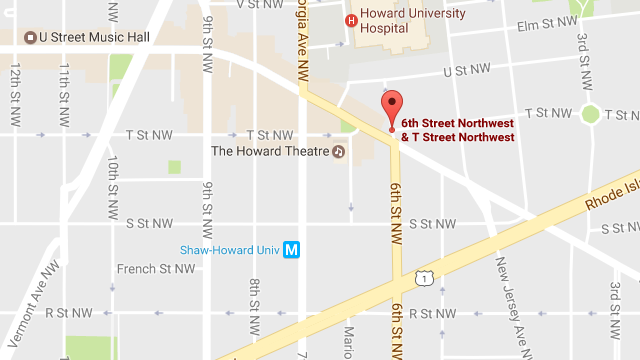 Around 10:45am @PoPville started getting a number of messages about a large police response in LeDroit Park/Shaw:

“Helicopter circling over 5th/T st area. Tons of sirens. Anyone have info?”

“something is definitely going on. Streets are blocked at 4th & 5th st!!”

“buddy of mine lives right there. Said the cops were chasing someone in a car. Shots were fired. not sure of the exact location of the shots fired. Sounds like there was a foot chase at some point too.”

“streets are blocked at 6th at T and @DCPoliceDept says investigation is at 6th/ T.”

“Detectives from the Metropolitan Police Department responded to an officer-involved shooting that occurred in the Unit block of W Street, Northwest, on Wednesday, January 18, 2017.

At approximately 9:46 am, an off-duty MPD officer contacted police saying he had been shot at multiple times at 3rd and U Streets, Northeast. He gave a description of the suspect vehicle, and after a search, officers were able to locate the vehicle operating in the area of the Unit block of W Street, Northwest. As MPD officers approached the vehicle on foot, one of the officers discharged his service weapon. No one was hit, and no injuries were sustained. The suspect fled in the vehicle and was later apprehended in the 1900 block of 5th Street, Northwest. A handgun was recovered from the flight path of the vehicle.

Arrested and charged with Assault with a Dangerous Weapon (Gun), Possession with Intent to Distribute, Fleeing and Eluding and Leaving after Colliding was 29-year-old Edward Darnell Bolling, Jr. of Sacramento, California.

No pedestrians or officers were injured during this incident. This case remains under investigation. Anyone with information is asked to contact police at 202-727-9099.”