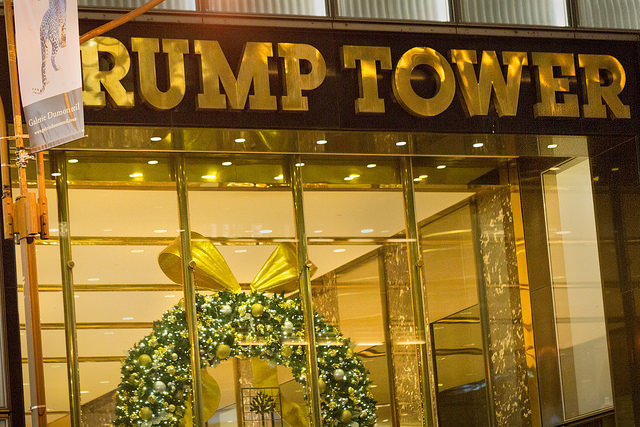 Update from the Mayor’s Office:

“Today, Mayor Muriel Bowser held her first meeting with President-Elect Donald Trump to discuss key issues facing the nation’s capital. At the Mayor’s request, President-Elect Trump agreed to have a face-to-face meeting and begin a constructive dialogue on how his Administration can partner with the District to advance Washington, DC’s growth over the next four years.

Among major issues discussed were education, transportation and the District’s unique role as a city, county and state.

“Today, I met with the President-Elect to lay out the concerns and hopes of District residents and to start a dialogue with the new Administration as it is forming,” said Mayor Muriel Bowser. “I want to thank the President-Elect for hearing about our priorities like education, transportation and statehood and showing a willingness to work together to reach common ground.”

Mayor Bowser and city officials will continue to lay the groundwork for future relationships and potential economic and cultural opportunities with President-Elect Trump. As the nation’s capital and home to over 670,000 residents, it is important to maintain healthy relations between the federal and local government in Washington, DC.

“I am pleased the President-elect accepted our request for a sit down meeting to discuss Washington, DC’s priorities. It is a longstanding point of pride for Washingtonians to be gracious hosts for Presidents and the federal government.

Tomorrow, I will speak with the President-Elect on how we can work together to continue Washington, DC’s growth. Washington, DC has passed 21 consecutive budgets, has a healthy cash reserve, a falling unemployment rate, improving schools, our population grows by nearly 1,000 per month, as well as record numbers of visitors and business interests looking to invest in Washington, DC from around the world.

We have an opportunity to continue this growth in partnership with the next Administration, and I look forward to sharing our priorities with the President-Elect.”

Mayor Bowser will attend the meeting with her Chief of Staff John Falchiccio and Senior Adviser Beverly Perry.

Read more →
More Stories
Heritage India coming to Wisconsin and Macomb St, NW“Hundreds of criminals sentenced by D.C. judges under an obscure local law crafted to give second chances to young adult offenders have gone on to rob, rape or kill residents of the nation’s capital.”