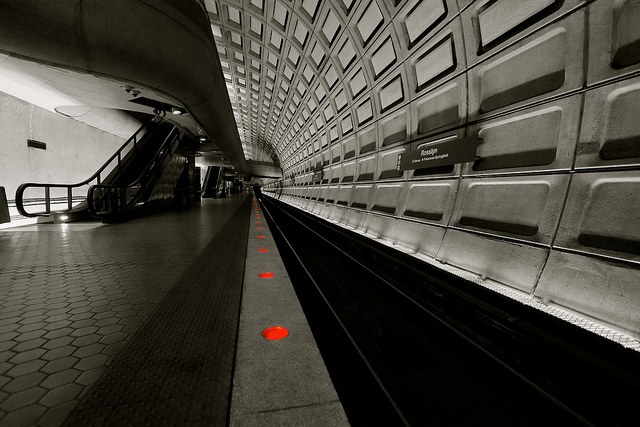 “This morning around 8:10 AM, I exited my orange line train at Foggy Bottom to see medics (with wheeled gurney) and security guards waiting on the platform for the train car ahead of me. They entered the car and it seemed they were helping someone who was being held up. However, no one seemed to have alerted the train driver. S/he closed the train doors, while the security guards tried in vain to hold them open. Several of the medical personnel were in the car with the injured/sick person and the remainder (including the gurney) were left on the station platform frantically waving their arms at the driver, but the train left the station. Anyone know what happened here?”