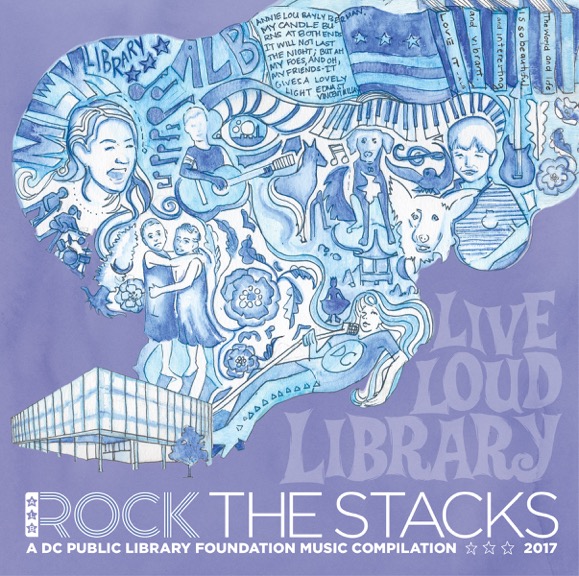 Some of Berman’s favorite bands have donated recordings to the project while others collaborated to make fresh recordings in the state-of-the-art Martin Luther King Jr Memorial Library recording studios. Some of the bands and musicians appearing on the album includeThievery Corporation, Deathfix, Fort Knox Five, Shortstack and Small Doses. The release party will feature many of the bands on the album, including Elmapi, Furniteur, Warm Sun and The ALB Allstars (a supergroup of members appearing on Rock the Stacks).

“That MLK library has taken on the mantle of preserving our local music is perfect,” says Brendan Canty, former Fugazi drummer and current member of the band Deathfix. “Not only are they the epicenter of DC, but they are free and open to the public, giving us truly democratic access so that we the people can enjoy music devoid of commercial context,” continues Canty.

The vinyl version of the album, which has 14 mostly original tracks, is being produced by local vinyl pressing company, Furnace, located in Fairfax, Virginia. A digital download of ALB’s Rock the Stacks will also be available and will include additional songs. More information can be found here“

Read more →
More Stories
Your Afternoon Animal Fix“Humility creeps up on you when least expected, and the opening of this restaurant has taught us just that.”