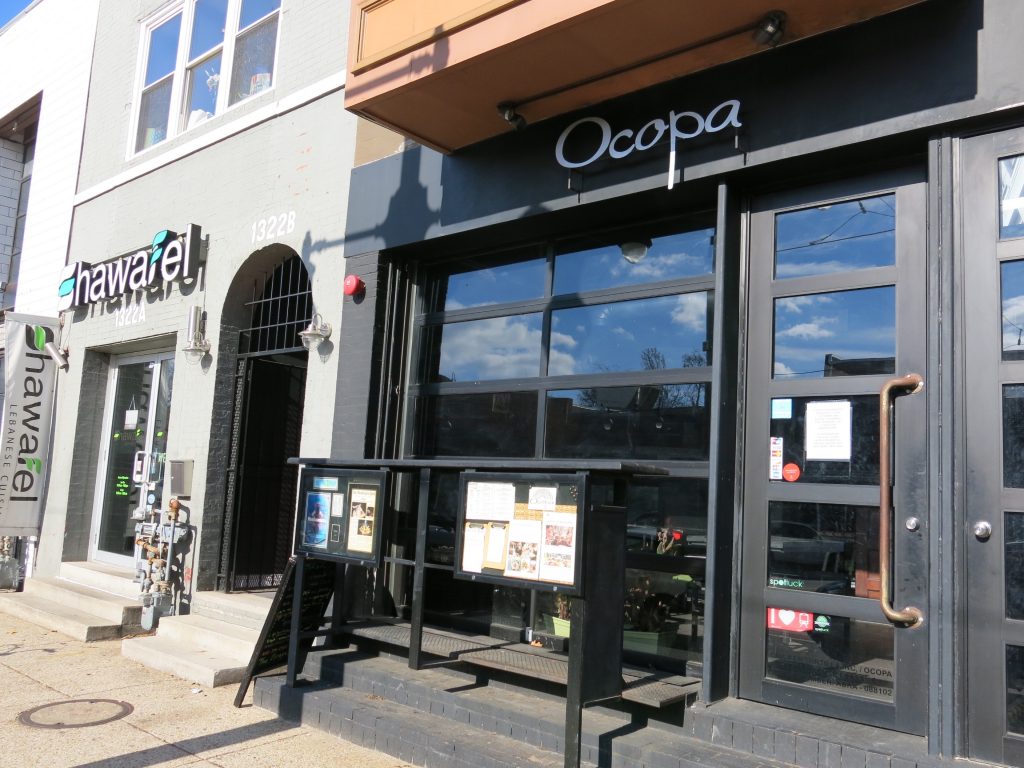 “I reached out to one of the owners, and he confirmed that Ocopa has closed. He also passed along information about the new restaurant that will take over the space. It’s called Stable, and it’s a Swiss-American concept from chefs David Fritsche and Silvan Kramer. 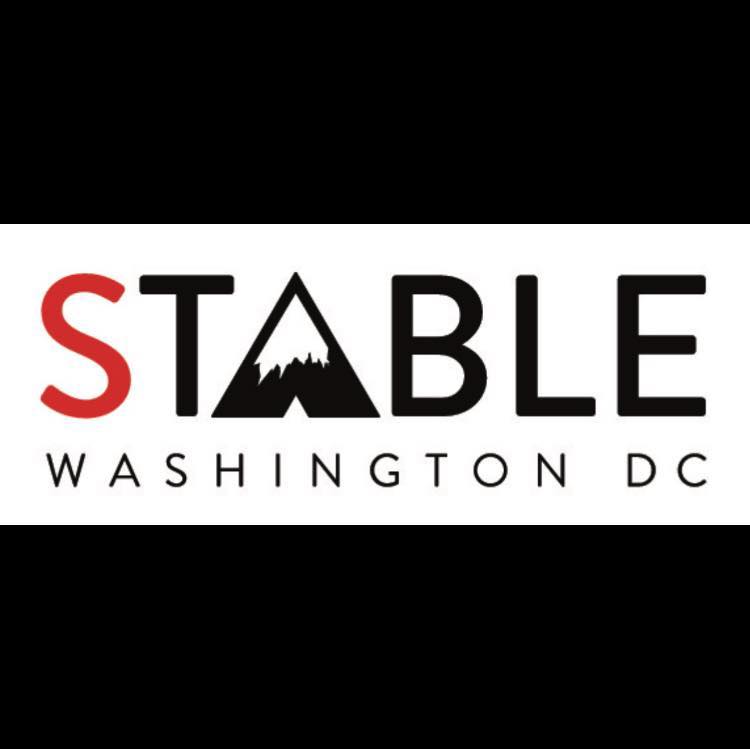 “It’s official. Stable DC is moving to the H street corridor NE in Washington DC. We can’t wait to welcome all of you.

After the jump you can see a menu from a pop up they had at EatsPlace last February. 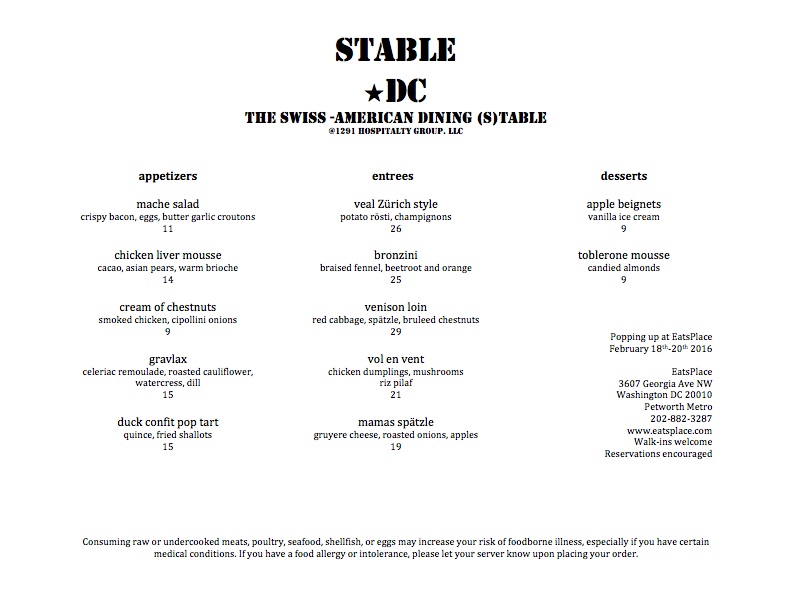