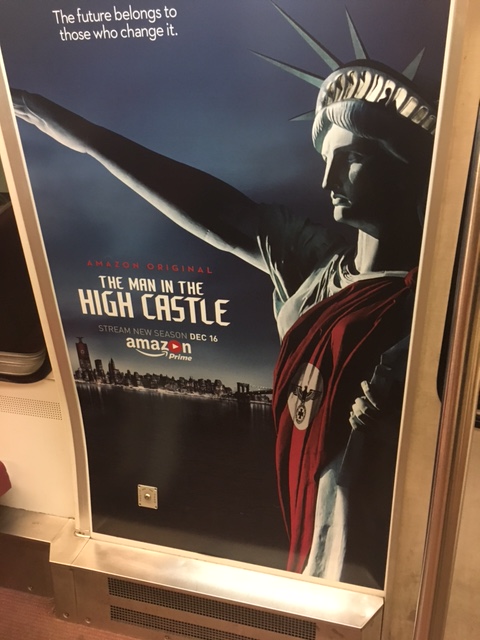 I can’t imagine I’m the only one who finds these Metro ads disturbing as all hell after an election was won by the KKK’s chosen candidate.

I know this is just an ad for a TV show, but for far more people in this country that I would have thought just a month ago, this is what Making America Great Again looks like. The Metro is terrible enough without having to be reminded of white nationalists’ rise to power.”

Ed. Note: In November of 2015 Amazon pulled some ads from the NYC Subway. There is also a similar debate going on about this statue of liberty ad after a huge one was placed in Times Square.