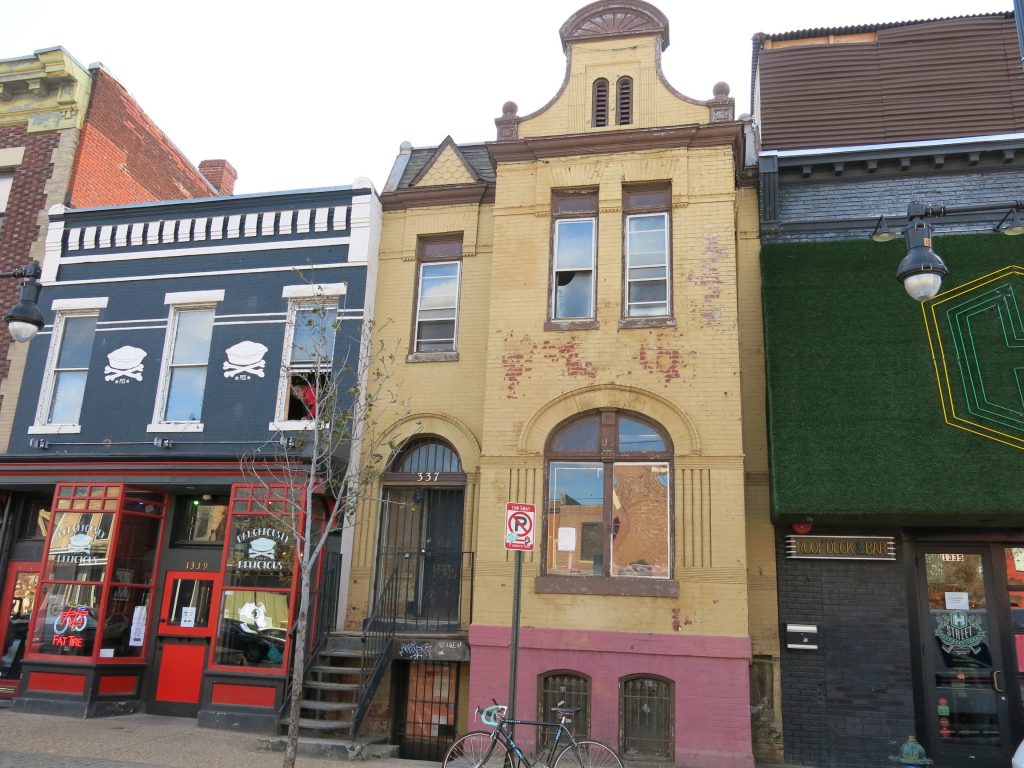 “Cousins and fourth generation Washingtonians Nick and David Wiseman will open Hill Prince, a neighborhood bar, early this winter in the Atlas District, located at 1337 H Street NE, between the iconic Atlas Theatre and Rock and Roll Hotel.

Hill Prince will feature a list of classic cocktails, beers and wines, plus a selection of small bites. All drinks on the menu will be $10 or less. Longtime DGS barman Tony Lawson, also a lifelong Washingtonian, will helm the bar as General Manager and Beverage Director. The focus will be on quality ingredients and classic preparations, riding the wave of highly talented beer, wine and spirit producers emerging across the country.

The bar is built in a historic row house with an intimate front bar focused on cocktails, an outdoor central courtyard and a large back bar in a restored carriage house. The building was stripped to its bones – hundred-year-old heart pine floors and brick walls. Brass finishes and leather furniture will accent these original materials.

The front bar is opening in January 2017, while the courtyard and back bar will open later in the Spring.

Hill Prince won the 1950 Preakness States – heir to a long history of horse racing that trails back to the earliest days of the Federal City. George Washington himself was a frequent visitor and bettor at local contests. In 1798, the same year the White House was completed, a one-mile horse track was erected on surrounding land which later became the National Race Course. Not only the races but wine, whiskey and rum made the National the place for Washingtonians to relax, enjoy – and to drink – for decades. Hill Prince will pick up this legacy.

“We’re very excited to open a neighborhood bar. To us, a good bar is a retreat from the bustle of the city, where we can all come together, drink, and have a good time.” said Nick”