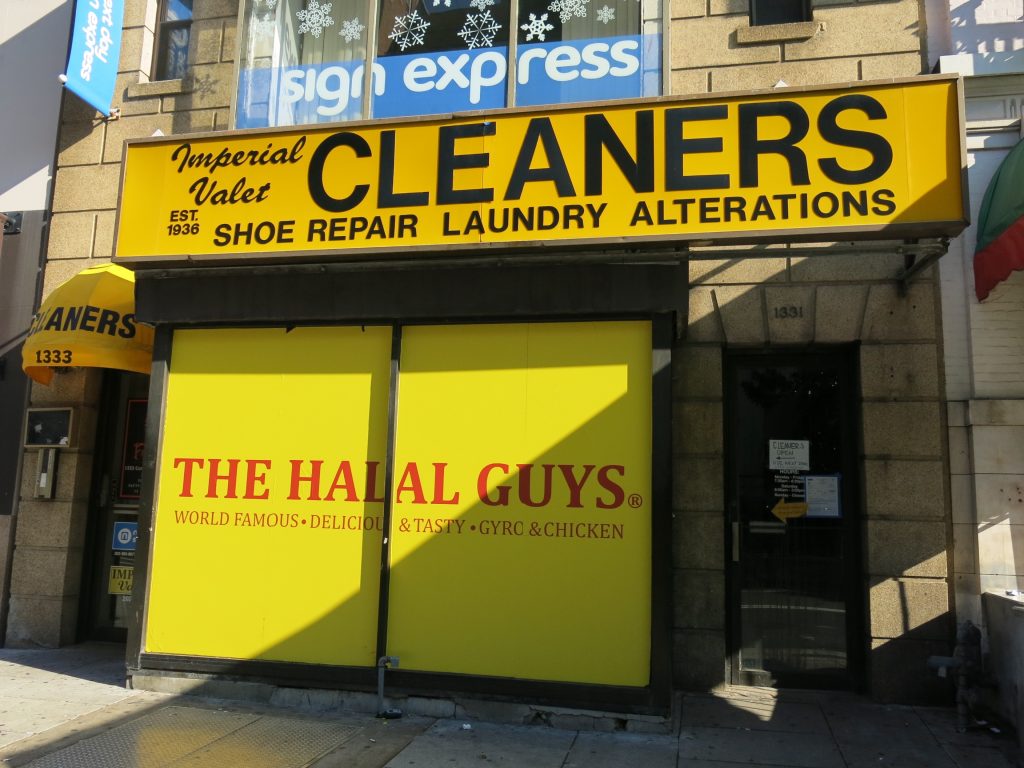 “Imperial Valet is moving out of the storefront at 1331 Connecticut they occupied, to be replaced by The Halal Guys. Imperial Valet looks like it’s just moving next door to 1333. 1331 is already empty, so I figure they must’ve started over the weekend while they were slow?” 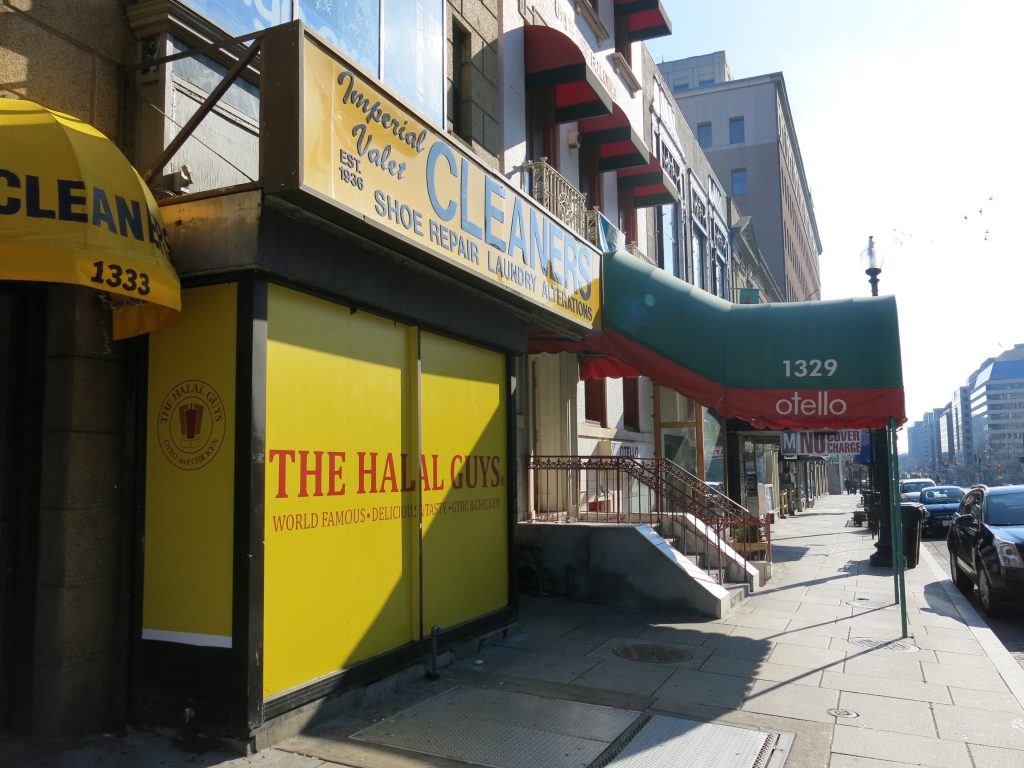 Back in March we learned that the Halal Guys were also planning on coming to H Street, NE. 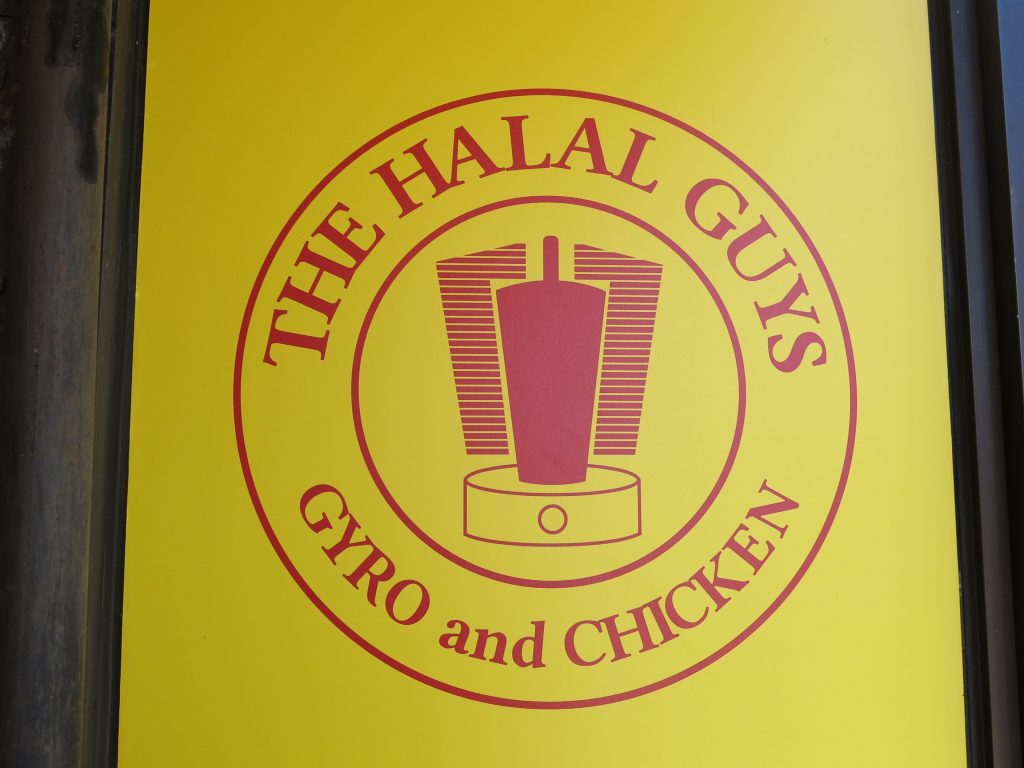 “From humble beginnings as a New York City hot dog cart to a world-renowned international restaurant chain, The Halal Guys story is the quintessential American Dream. The Halal Guys is defining a new, thriving segment for the restaurant industry: American Halal Food!

The Halal Guys legend began in 1990, when the three founding partners opened up a hot dog cart on West 53rd & 6th Avenue in New York City. As business grew, they recognized a huge demand from Muslim cab drivers looking for a halal food meal. That is when the famous platter of chicken and gyro over rice was born. And let’s not forget about the famous white and red sauces!

Fast-forward 25 years, five carts, two New York City restaurants, and millions of diverse customers served, The Halal Guys is growing yet again. Fans no longer have to be in NYC to experience The Halal Guys as they look to share American Halal Food all over the country and the world.”

END_OF_DOCUMENT_TOKEN_TO_BE_REPLACED

More Stories
“heads up, the twenty-for-two-tens scam artist has been hanging around Metro Center for the past couple of days.”Compass Coffee Empire Expands to the Convention Center