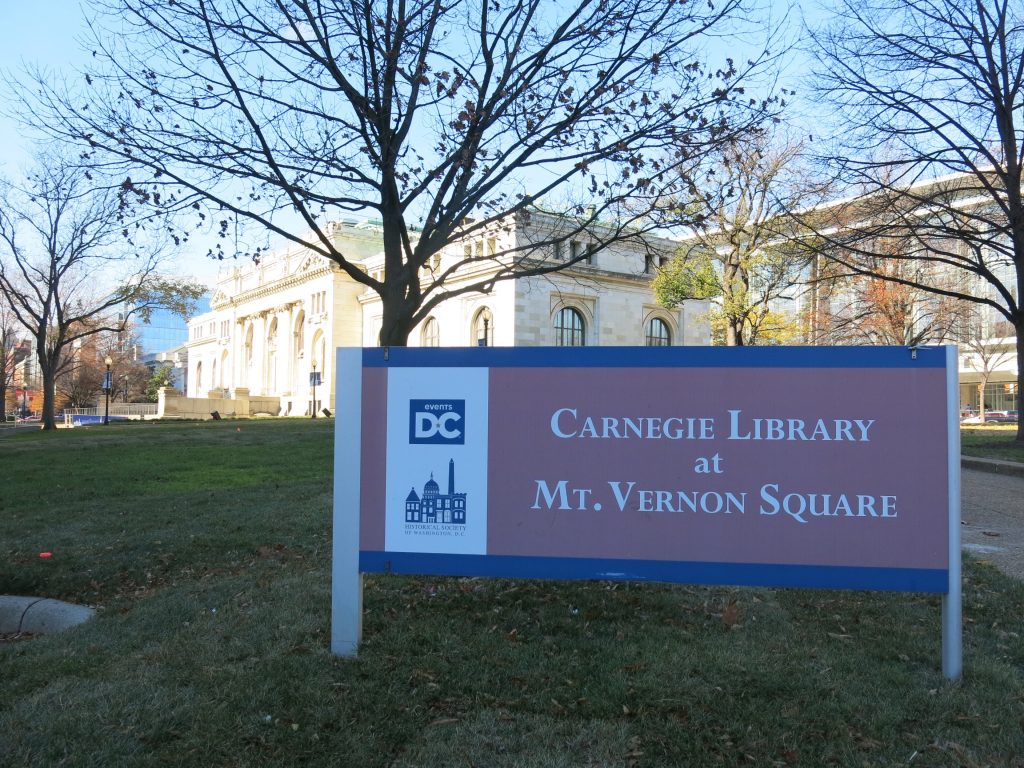 “Events DC, the official convention and sports authority of the District of Columbia, announced today that it has entered into a Letter of Intent with Apple Inc. for a potential lease of portions of the historic Carnegie Library at Mt. Vernon Square. If final negotiations are successful, the development will help to breathe new life into a popular historic site and to reimagine the original intent for the building, located in the heart of Washington, DC.

“As Washington, DC looks to be the ‘inclusive innovation’ capital of the country, we are excited that Apple is interested in joining our growing tech ecosystem,” said Mayor Muriel Bowser. “The store’s proposed location, in the iconic Carnegie Library, will link DC’s rich history to our continued economic renaissance, will demonstrate the strength of our retail market, and will tell companies across the globe that the District is open for business.”

“This is an extremely important repositioning of an iconic building—a building whose original purpose was about community, information and sharing of knowledge-for the 19th century. As cities evolve so do its buildings. But we also retain the essential characteristics for a new century—how we collaborate, engage and share information and knowledge is now different—and this evolution of the Carnegie Library provides a platform for the 21st century-all while creating jobs, enlivening a neighborhood, and providing a place for us all to gather, ” said Max Brown, Chairman of the Board of Events DC. “Amid rapid change in our city, we are confident the space can become a true blend of the square’s past and future.”

“A partnership with Apple would be a tremendous opportunity for Events DC, for the Historical Society, and for the District,” said Gregory A. O’Dell, president and chief executive officer of Events DC. “Not only can this new partnership cement the Shaw neighborhood as a convention and entertainment district in the city, but it can also drive economic impact with substantial revenue opportunities.” 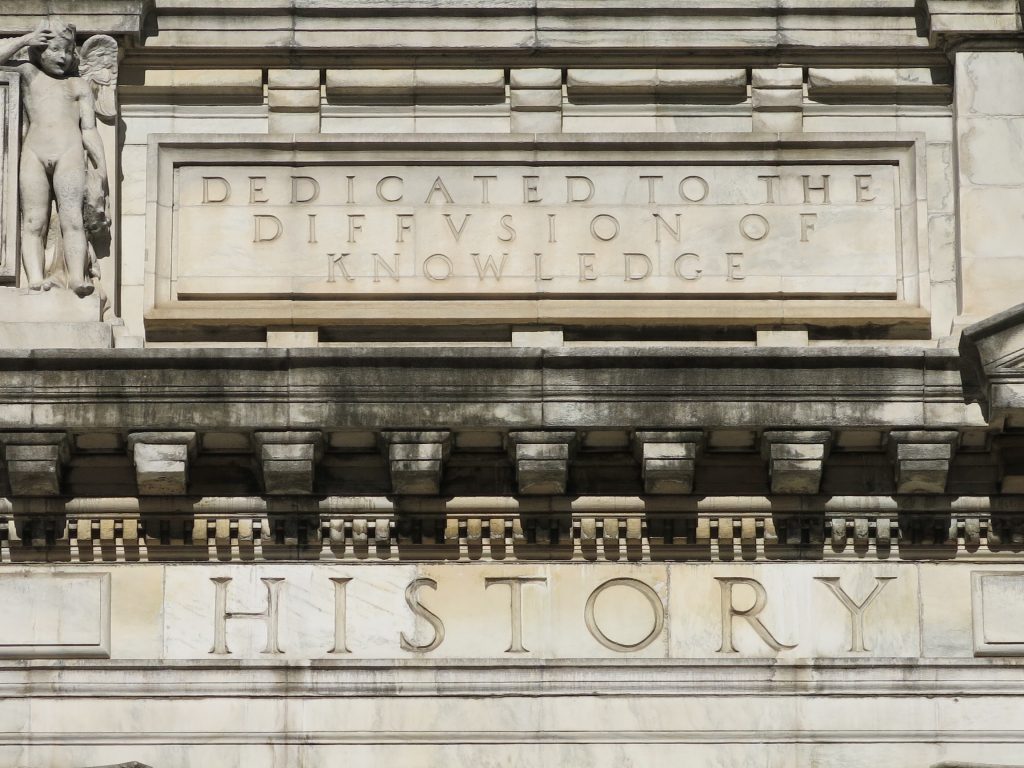 The Carnegie Library opened its doors in 1903, one of thousands of libraries funded by steel industry titan Andrew Carnegie, with the distinction of being the first fully-integrated public building in Washington, DC. In 1999 Congress granted $2 million and a 99-year lease to the Historical Society to use the building as a history museum about Washington, D.C. After $20 million of renovations funded by local donors, the Library has served as the home of the Historical Society’s exhibits, public programs, and renowned Kiplinger Research Library since 2003. The Library has been an integral part of the two-hundred-year history of Mt. Vernon Square, a fast growing area that has recently seen the construction of the Marriott Marquis Washington DC, Convention Center retail program, as well a host of new restaurants, retailers, and housing developments.

“We are pleased that Apple is considering becoming our new neighbor at the Carnegie Library,” said Julie B. Koczela, Chair of the Board of Trustees. “If the agreement with Events DC becomes final, we will look forward to working collaboratively with Apple and Events DC on new changes for the Carnegie Library.” 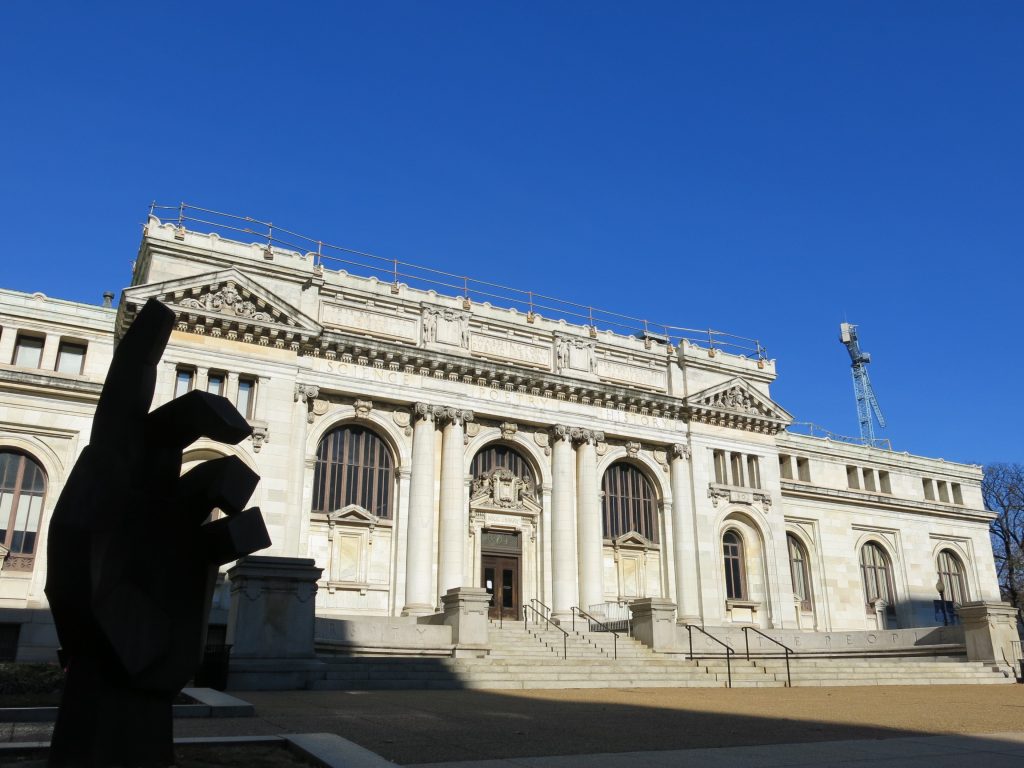