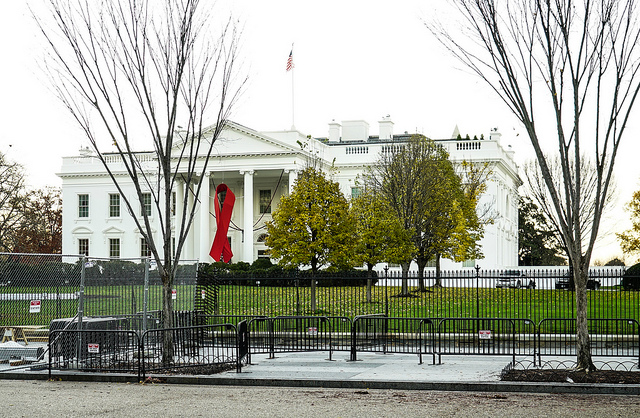 “Today, in recognition of World AIDS Day, Mayor Muriel Bowser, announced the release of 90/90/90/50, a plan for ending the HIV epidemic in the District by 2020. Through this public-private partnership, the 90/90/90/50 plan will achieve the following core goals:

“The 90/90/90/50 plan represents a comprehensive approach to ending the HIV epidemic in the District, one that is disproportionately impacting communities of color,” said Mayor Bowser. “We are ensuring that the District continues to make progress in this critical fight through awareness, diagnosis, treatment, and prevention.”

“By using evidence based methods and interventions, the 90/90/90/50 plan will be instrumental in reducing the number of HIV cases in DC, while also improving treatment for existing cases,” said Dr. LaQuandra Nesbitt, DC Department of Health (DOH) Director. “We have been consistent in making progress and this bring us closer to meeting our goal.”

The 90/90/90/50 plan was drafted in an effort to reduce the number of cases of HIV in the District, while also treating existing cases. In addition to the four core goals, the plan will bridge the collaborative efforts of DOH, DC Appleseed and the Washington AIDS Partnership to:

“DC made great progress in critical ways over the last 11 years – advances in treatment, testing and prevention, and a large reduction in the number of new infections,” said Walter Smith, DC Appleseed Executive Director. “Our years of work on this issue allowed the organization to engage with providers and advocates in the community, and we believe this is the most comprehensive plan in the country to address and end the local HIV epidemic.

“Today’s announcement is the call to action to ending the HIV epidemic, something that was unthinkable as little as a decade ago. If we all make this commitment and follow through with this new plan, lives will be saved and the District will be stronger,” said Channing Wickham, Washington AIDS Partnership Executive Director.

While HIV diagnoses are continuing to drop each year, more than 13,000 people live with HIV – two percent of the District’s population. One in six new diagnoses in the District is an African-American woman, the second highest proportion of all new cases. PrEP has tremendous potential to reverse this rate and reduce the infection risk among women. The grant from the M∙A∙C AIDS Fund, a part of the 90/90/90/50 plan, will provide $1,000,000 to increase uptake of PrEP among women in the District to halt HIV infections.

“Cities have long been at the forefront of responding to AIDS, and by focusing our resources on innovative programs, reengaging communities disproportionately affected by HIV, and promoting preventative care, we can achieve the 90/90/90/50 targets by 2020,” said Nancy Mahon, M∙A∙C AIDS Fund Global Executive Director. “That is why we are proud to join this public-private partnership to support the District’s efforts in ending the epidemic as a public health threat.”