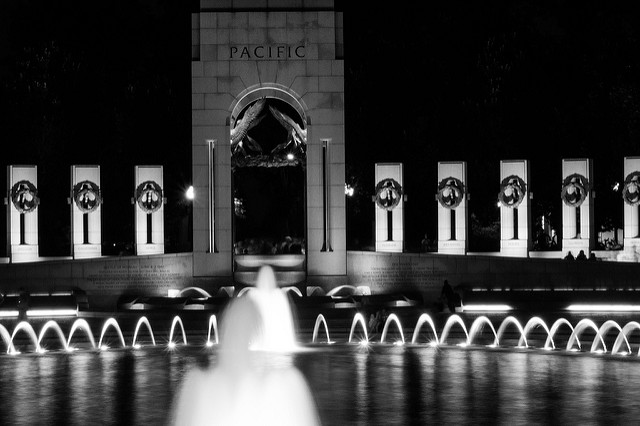 “The World War II Memorial was vandalized with spray paint at the base of the North Dakota column sometime prior to 10 a.m. on Monday, November 7. The National Park Service’s monument preservation experts have already made an initial treatment of the graffiti, using a light paint stripper to remove a significant portion of the damage. Applications will continue until the marking is no longer detectable.

United States Park Police is investigating the vandalism; anyone with information is asked to contact investigators at 202-610-7500.”