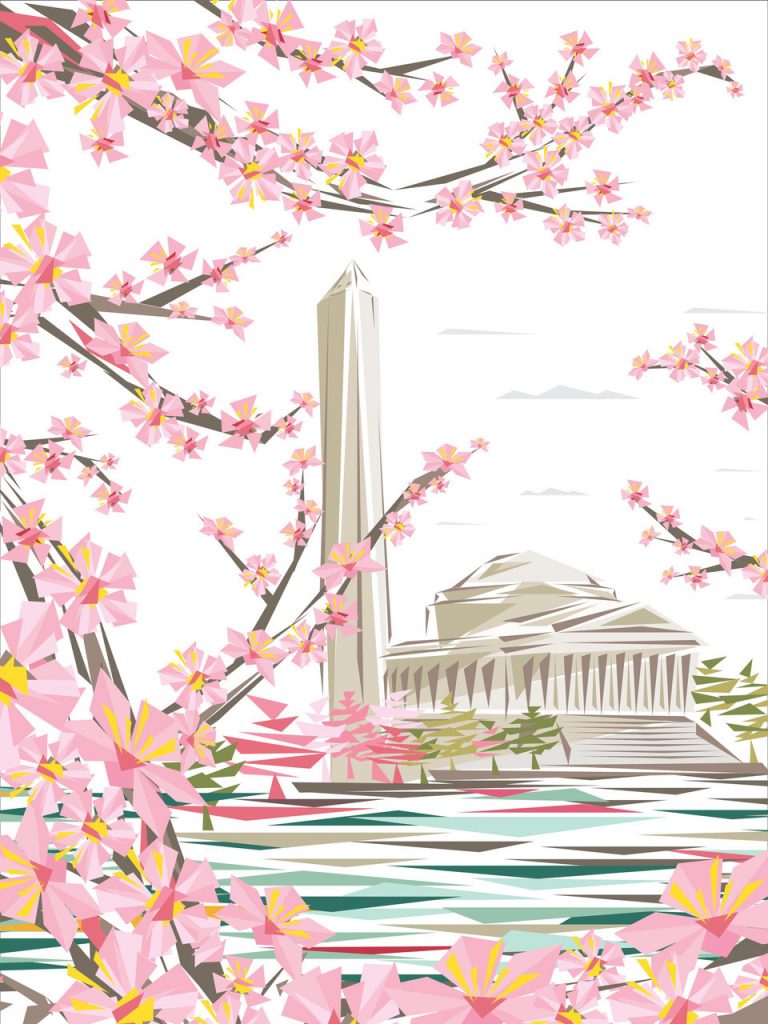 So we got that going for us too!!

Celebrating 90 years since the first Festival

The National Cherry Blossom Festival, Atsuyuki Oike, Deputy Chief of Mission of The Embassy of Japan, sponsors, and stakeholders joined at the Smithsonian American Art Museum for a preview of the 2017 National Cherry Blossom Festival (March 20-April 16). Speakers at the launch, presented by Guest Services, Inc., announced new and expanded events and kicked off the 90th anniversary of the first Festival.

The 2017 official artwork was unveiled (pictured above). The artwork was created by Naturel, a DC-based artist whose talents have also attracted the eyes and ears of celebrity clients such as Swizz Beatz, Rihanna, Spike Lee, Paul Rosenberg and LeBron James, among many others.

The one-of-a-kind artwork is an annual collector’s item, and will be featured on the 2017 poster and official merchandise. For every poster sold, Guest Services will donate $1 to the Trust for the National Mall’s Cherry Tree Endowment Fund.

Working in close collaboration with Festival partners, 2017 premier events include: