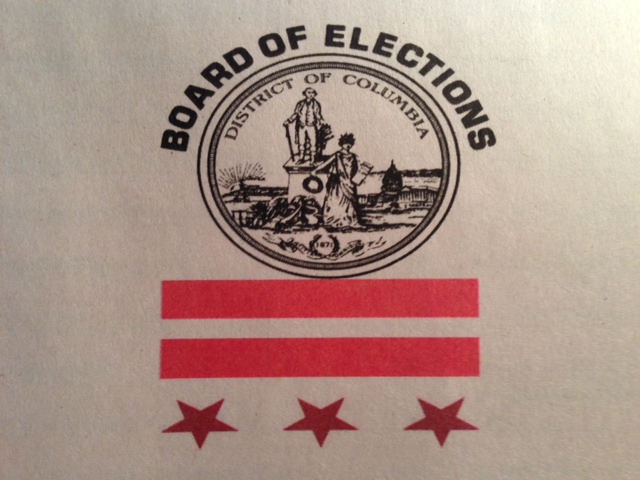 Not sure what the story is here but was pretty shocked this morning to get to the polls at HD Cooke school with my updated registration card (that I received last week and sent the paperwork for prior to the deadline to do so), only to be told by the polling staffer that my file in their registration file had my old address and that I would have to get in line with a special ballot pass and refile my registration information. When I showed them the card that clearly stated my updated address, they said there was nothing they could do and that this had happened already many times today.

The line for special ballots was twice as long as the election line and took about 90 minutes just to get to a table where I had to fill out paperwork that I had already filled out online months ago. The three women behind me had similar stories and we all were holding updated voter cards. While voting, I overheard other women in the same situation.

I reached out to Brienne Nadeau who told me to call DCBOE. When I called them, I was told that my information in the BOE system was up to date, and the staffer didn’t know why the polling workers would have the different information that she saw. The person behind me literally handed her phone to the poll worker who spoke with BOE. The BOE staffer and the poll worker couldn’t figure out why their information didn’t line up. This voter said she submitted her registration in July and received her card in August but was also forced to stand in the special ballots line for 90 minutes.

I was pretty upset at this point – I’m lucky enough to be able to come to work late but I’m sure that a 90 minute line was enough to dissuade some people from voting which is one person too many. I spoke to “Paul” who is the poll manager at that location. He told me that this happens every election – basically BOE prints out cards but doesn’t update the files, rendering the cards completely worthless, meaning that hundreds of people people come to the polls only to be told they have to re-register all over again.

I’ve brought BOE and Mayor Bowser’s attention to this, but they seem like they couldn’t care less. I thought it was just at my polling location but I’m hearing from another voter this is the case at another location. What does BOE do all year that it can’t get the basic information it needs to to poll workers? I know DC votes don’t matter, but we don’t need another reason to keep people at home.”