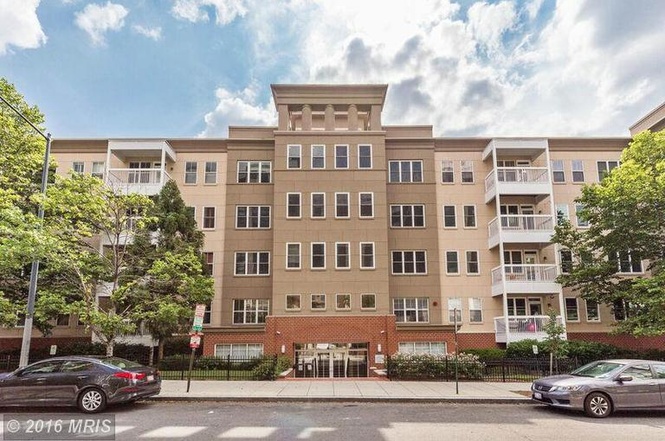 Although hard to fathom in the present, The Lincoln Condominium, just off U Street, was a pioneer and trail blazer in its early days. Newly built and delivered in 2000, the 156 unit block-sized building was a huge (literally and figuratively) addition to an area that, at the time, was still populated by abandoned properties and limited commercial activity. EYA’s Harrison Square townhomes were built around the same time. Pre-Whole Foods, 2 bedroom units sold new in The Lincoln for around $150,000.

In addition to bringing the vitality of new construction, The Lincoln adhered to the large building condo trend of the early 2000s, known as the high amenity building. The common amenities include a staffed front desk, garage parking, a gym, elevators, community rooms, and a roof deck. In current new construction, we’re seeing a wider array of community-wide perks in big rental buildings.

Not surprisingly, given the consistent growth of the U Street Corridor, prices in The Lincoln have increased exponentially, along with real estate values of nearby houses and other condos in the area.

The listing agent for this sale was Chelsea Traylor with Redfin Corp. Federico Glucksman-Kuis with Keller Williams Realty represented the Buyer.