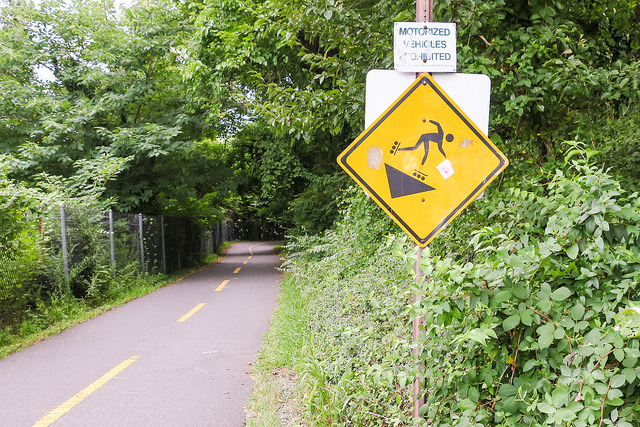 I wanted to write to see if anyone had reported seeing a very suspicious person walking near the S Street Dog Park in Dupont on Sunday [09.04.16] night? My boyfriend and I were driving home around 9:15pm, looking for a parking spot and saw a man walking south down the middle of New Hampshire Ave. NW, and when we drove by him, he stared into our car. We saw that he was wearing a mask or had a fully painted face, a black hooded sweatshirt, and he was carrying 1-2 bags in his hands. We circled the block, found a spot, and while walking back to our house saw him again in the same spot, but on the sidewalk. Once inside our apartment, we saw he started walking north on 17th Street so we called the police. They said someone was dispatched, but we’re not sure if anything was resolved.

I was wondering if anyone else saw him? It was pretty terrifying and to add to the strangeness, there were plenty of people walking around that didn’t seem to register this guy. It was bizarre.”

Read more →
More Stories
Happy 8 Years to Peregrine – Free Coffee at Eastern Market Until Noon“I hadn’t heard of any muggings on the Anacostia Riverwalk Trail and wanted to be sure that others knew about this bold attack.”