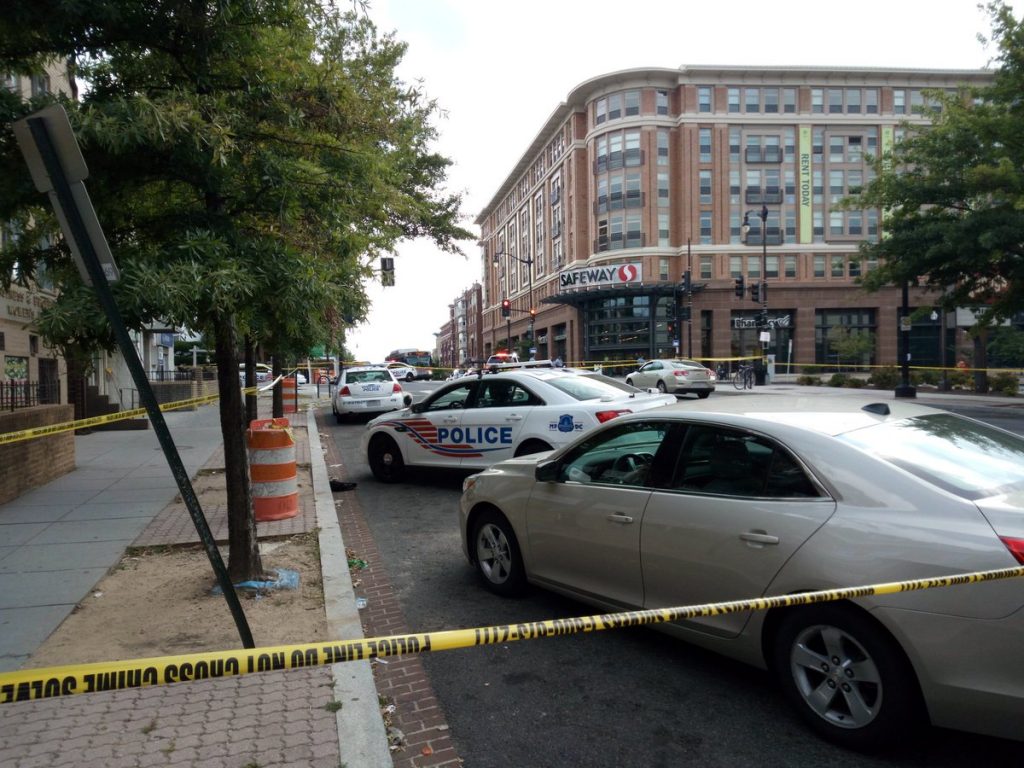 “Detectives from the Metropolitan Police Department responded to a police-involved shooting that occurred in the 3800 block of Georgia Avenue, Northwest on Wednesday, September 7, 2016.

At approximately 1:44 pm, a uniformed MPD officer was flagged down in reference to an unknown individual walking northbound in the 3800 block of Georgia Avenue, Northwest, firing a handgun. The officer went to investigate and observed the suspect walking on the east side of the street where it was highly crowded with pedestrian and vehicular traffic. The officer approached the suspect and issued several verbal commands directing the suspect to drop the weapon. The subject ignored the officer’s commands and continued walking and shooting. The officer then discharged his service weapon striking the suspect. The suspect was subsequently arrested and transported to the hospital for further medical assistance.

The suspect’s handgun was recovered on the scene. 22-year-old Marc Jeffers of Northwest, DC was arrested and charged with Assault with a Dangerous Weapon (Gun), Carrying a Pistol Without a License, Unlawful Possession of a Firearm, Discharging a Firearm, Possession of an Unregistered Weapon and Ammunition, and Possession of a Prohibited Weapon.

No pedestrians or officers were injured during this incident. This case remains under investigation. Anyone with information is asked to contact police at 202-727-9099.”

Update from the Swift Apartment building (from a reader):

“An individual was randomly shooting at a Metro bus on Georgia Avenue near the construction site across from the Safeway entrance. The DC Police quickly intervened, shot and subdued the individual. Georgia Avenue is currently blocked to all traffic between Quincy Street and Randolph Street. I spoke with one of the Police officers, who told me that the individual has been taken to the hospital and no one else was hurt during incident.”

“So, shooting in #Petworth a few minutes ago… Georgia and Randolph.”

“Guy randomly shooting a gun on the corner of Quincy and Georgia. Eight shots heard, he ran off. Police called, still on foot.”

“A lot of gunshots on Georgia Ave near the Safeway. Bullet casings up and down the street.” 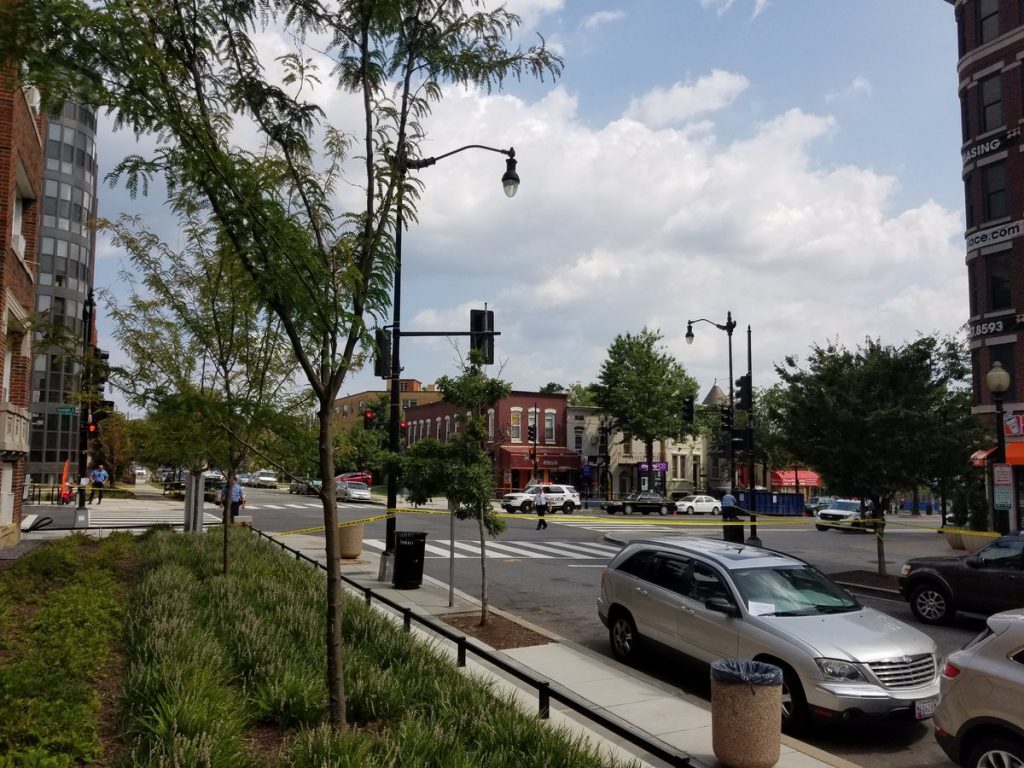 “MPD reports the intersection of Georgia Ave and Randolph St NW is closed due to police activity. Updates are to follow.”

“Whole intersection is closed in all directions.”