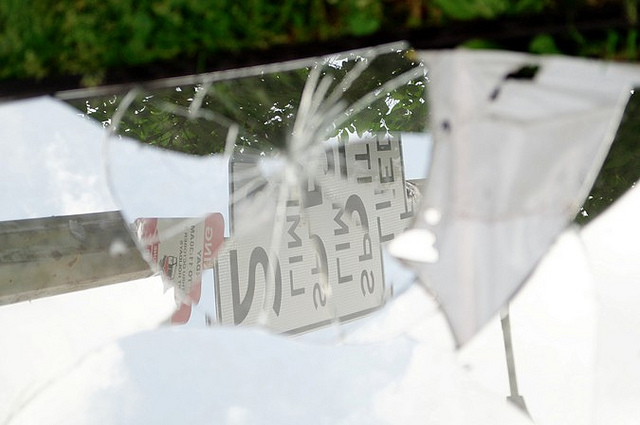 I’ve noticed something since becoming a driver in DC: our city just doesn’t give a sh*t about school zone speed limits. I drive past the PCS on Riggs NW near North Cap and LaSalle a few blocks further north a few mornings a week, and I’m almost always the only sucker who actually obeys these 15mph limits while others zoom on by. Usually I just chalk it up to rush hour impatience, but today I worked from home in the morning and drove up around 1pm, and had the same experience (not sure why the zone lights were flashing in the middle of the day, but they were). I actually had a short but heated verbal confrontation with a fellow in a Home Depot truck when he leaned on his horn behind me in the middle of the zone, which ultimately pissed me off enough to make me want to write.

What is going on here? Do others have this experience in other parts of the city? Are school zones just not enforced generally? I’d imagine if there were ever a place to obey/enforce these limits, it’d be where children are clustered. I didn’t grow up here, but where I did, cops would issue tickets on a daily basis in the hundreds of $ for going slightly above school zone limits, so that probably makes me a bit more cautious than average. Still….Its kind of a appalling. Wondering what others think.”