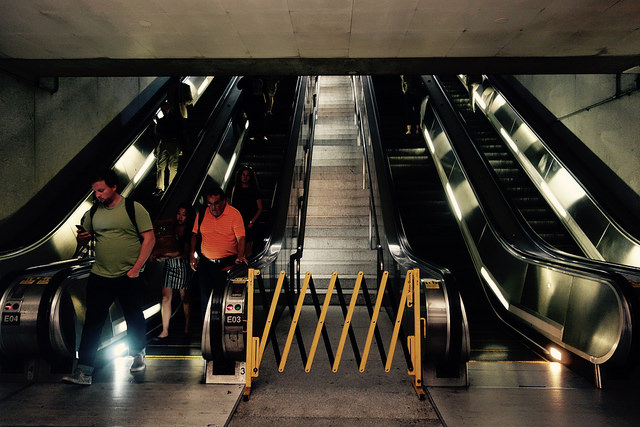 “Metro Transit Police have arrested a 29-year-old man for assault with a deadly weapon after he allegedly threatened a Green Line train operator with a knife this morning.

At approximately 8:40 a.m. today, Metro Transit Police officers responded to Anacostia Station after the operator of a southbound Green Line train reported that he had been threatened with a knife by a male patron, subsequently identified as Norman W. Polk.

Metro Transit Police responded, and the suspect was arrested on the platform at Anacostia Station without further incident. A knife was recovered at the scene.

The police activity resulted in Green Line delays of approximately 15 minutes during the morning rush hour, and two trains were single-tracked around the incident. There were no injuries.”

Read more →
More Stories
Today’s Rental “is in the heart of all the action, but nicely distanced from the main strip”Your Afternoon Animal Fix