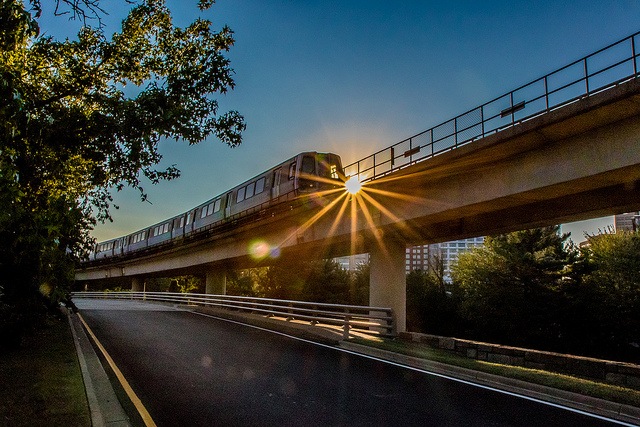 “Metro today announced revised dates for the remaining SafeTrack surges of this calendar year. The new dates follow changes to the SafeTrack schedule announced in mid-August to address new safety recommendations, incorporate interlockings, and account for the impact of record heat and humidity during the summer months.

As previously announced, Surge #9 will begin Sept. 15 [today] and run for 42 days through October 26. On weekdays, Orange Line will single track at all times between Vienna and West Falls Church. Trains will service Vienna and Dunn Loring stations every 24 minutes. Service from West Falls Church to New Carrollton will be unaffected. On weekends, rail service will be suspended.

Date change: This surge will now begin on Saturday, October 29, and continue through Tuesday, November 22.

Service info: Red Line rail service will not operate between Fort Totten and NoMa-Gallaudet stations during this surge. As a result, two stations–Brookland and Rhode Island Avenue–will be closed. Buses will operate between Fort Totten, Brookland, Rhode Island Ave and NoMa. However, customers are encouraged to use the Green Line as an alternate route between Fort Totten and Downtown DC (Gallery Place). Red Line trains will operate less frequently than normal at all stations, and riders are encouraged to use alternate routes or travel outside of rush-hour periods if possible.

Date change: This surge will now begin on Monday, November 28, and continue through Wednesday, December 21.
Service info: Trains will single track at all times between East Falls Church and West Falls Church stations, affecting both Orange and Silver line service. Trains will run every 16 minutes at all times, with heavy crowding expected during rush hour periods. Riders are encouraged to use alternate routes or travel outside of rush-hour periods if possible.

Updated SafeTrack schedule information for 2017 will be announced in December with specific start and end dates. However, Metro has revised the order of some surges to reduce weather impacts on above-ground work zones. The sequence of 2017 surges will be:

Metro and the Federal Transit Administration will continue to identify and address maintenance needs that will be incorporated into Metro’s maintenance program. For more information about the SafeTrack program, service impacts and travel alternatives, visit wmata.com/safetrack.

SafeTrack is an accelerated track work plan to address safety recommendations and rehabilitate the Metrorail system to improve safety and reliability by significantly expanding maintenance time on weeknights, weekends and midday hours and includes more than a dozen “Safety Surges” – long duration track outages for major projects in key parts of the system. The overall objective of SafeTrack is to bring Metrorail tracks and structures into a state of good repair by eliminating safety hazards, increasing service reliability and improving the ride quality of the system.”

Read more →
More Stories
“It was a green slushy, lovingly hurled at him by a group of about ten teens.”“Chef Johnny Spero joins Columbia Room as Executive Chef”