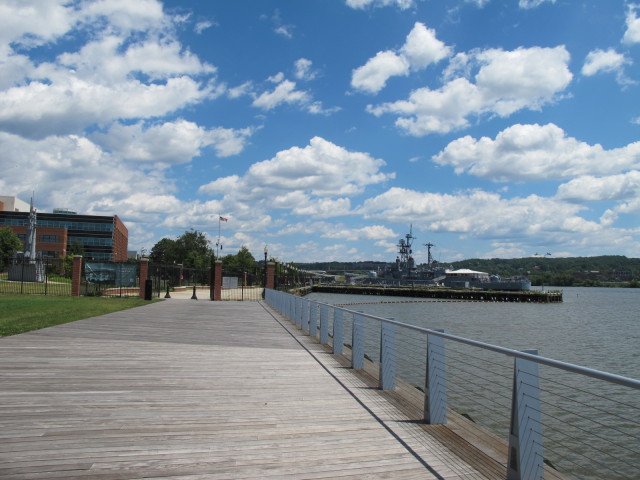 I wanted to make sure that you knew that there was a mugging today on the Anacostia Riverwalk Trail this [Monday] afternoon. I was coming to the end of a bike ride with some friends and their two young kids, when pedestrians on the trail warned us of an accident ahead before the bridge that goes over the railroad tracks on the east side of the river into Anacostia Park. A man was down on the ground. He apparently had been knocked off his bike and mugged. His helmet appeared to have fallen off, and his head was bleeding profusely, according to the others on the scene.

A group of people had gathered to stay with him and had called an ambulance. We were told that the muggers had run to the other side of the bridge to the park. We asked if there was anything that we could do before leaving. My friends’ kids were very restless by that point, and we would likely have been more of a hinderance than a help had we stayed. We turned around and took an alternatively route home.

I hadn’t heard of any muggings on the Anacostia Riverwalk Trail and wanted to be sure that others knew about this bold attack. It was broad daylight, and there were a lot of people out on the trail today since it is a holiday and the weather is cooler than it has been. The man was conscious and talking, and I hope he has a speedy recovery. I wish that there was more that I could have done, but he appeared to be in good hands, and the ambulance was on it’s way. I’m grateful for those who had arrived before us that were able to help. I’ve biked the trail a few times, and am now definitely weary about doing so alone, or even with just a friend. I am not sure if this man was alone or if some of the people who had stayed with him were his friends.”