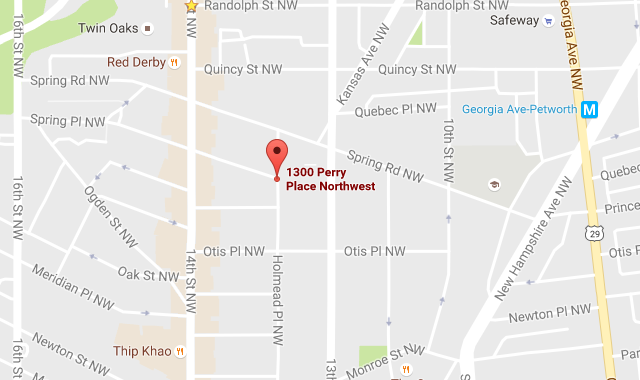 “The Metropolitan Police Department’s Sexual Assault Unit is seeking the public’s assistance in identifying and locating a suspect in connection with an Assault with Intent to Commit First Degree Sexual Abuse that occurred in the 1300 block of Perry Place, Northwest.

On Saturday, September 10, 2016, at approximately 7:00 am, an adult female encountered an unknown male suspect who pushed her down and attempted to sexually assault her.

The suspect is described as a Hispanic male, approximately 25-years-old, between 5’11” and 6’0” tall, 175 pounds, and with a full beard. He was wearing a black and gray cap, a black and red plaid shirt, and riding a bicycle.

Anyone who has information regarding this case should call police at 202-727-9099. Additionally, information may be submitted to the TEXT TIP LINE by text messaging 50411″

3630 Georgia Avenue, NW. Tsehay Ethiopian opened here in June 2019 Ed. Note: I’m hearing their new home will either be in Navy Yard or NoMa – will update when…