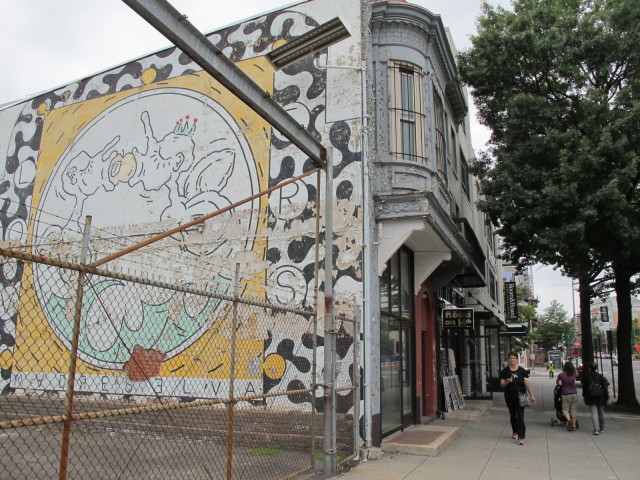 There used to be a mural on 14th street, before 2012 I believe, of two people kissing an apple and it said something like “you are the apple of my eye”. I wanted to ask if you or anyone knew who the artist was.”

Update from OP: “Larry Mullins painted it 21ish years ago. he lives in LA now. The mural is called Madreselva (Spanish for honeysuckle) and its says LOVERS on the sides and MADRESELVA under the image of the 2 kissing the apple”

Ed. Note: This was the iconic mural removed in 2013 on the side of 1830 14th Street, NW the former home of L and N thrift store, [email protected] gallery and now home to Amsterdam Falafel, a couple blocks south of U Street.

Photo by Tim Brown You can talk about whatever is on your mind – quality of life issues, a beautiful tree you spotted, scuttlebutt, or any random questions/thoughts you may…