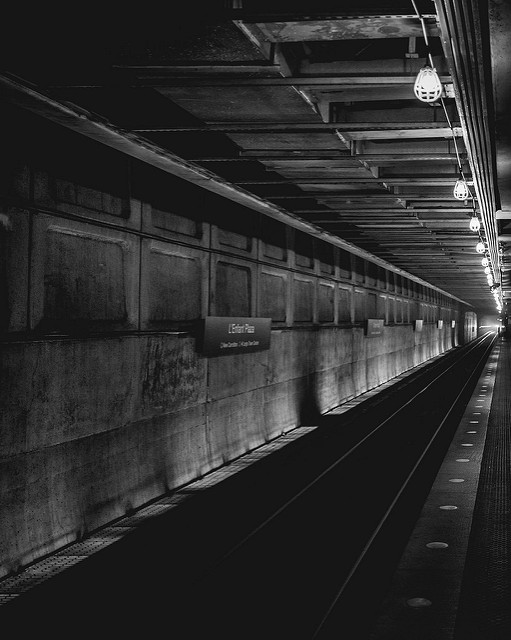 Thanks to a reader for passing on this frightening news. From the U.S. Attorney’s Office, Eastern District of Virginia:

“Nicholas Young, 36, of Fairfax, who is employed as a police officer with the Metro Transit Police Department, was arrested today on charges of attempting to provide material support to a designated foreign terrorist organization. Young will have his initial appearance here at 2 p.m. today in front of U.S. Magistrate Judge Theresa C. Buchanan.

According to the affidavit filed in support of the criminal complaint, Young has been employed as a police officer with the Metro Transit Police Department since 2003. Law enforcement first interviewed Young in September 2010 in connection with his acquaintance, Zachary Chesser, who one month later pleaded guilty to providing material support to terrorists. Over the next several years Young had numerous interactions with undercover law enforcement officers and a cooperating witness regarding Young’s knowledge or interest of terrorist related activity, many of which were recorded. Law enforcement also interviewed Young’s family and co-workers. Several meetings Young had with an undercover law enforcement officer in 2011 included another of Young’s acquaintances, Amine El Khalifi, who later pleaded guilty to charges relating to attempting a suicide bombing at the U.S. Capitol Building in 2012.

According to the affidavit filed in support of the criminal complaint, Young told FBI agents that he traveled to Libya twice in 2011 and he had been with rebels attempting to overthrow the Muammar Qaddafi regime. Baggage searches revealed that Young traveled with body armor, a kevlar helmet, and several other military-style items.

According to the affidavit filed in support of the criminal complaint, in 2014, Young met on about 20 separate occasions with an FBI confidential human source (CHS) posing as a U.S. military reservist of Middle Eastern descent who was becoming more religious and eager to leave the U.S. military as a result of having had to fight against Muslims during his deployment to Iraq. During these conversations Young advised CHS on how to evade law enforcement detection by utilizing specific travel methods and advised CHS to watch out for informants and not discuss his plans with others.

According to the affidavit filed in support of the criminal complaint, in Fall 2014, CHS led Young to believe that he had successfully left the United States and had joined ISIL. In reality, CHS had no further contact with Young. All further communications between Young and CHS’s email account were actually communications between Young and FBI undercover personnel posing as CHS. In June 2015, Young emailed CHS asking for advice from CHS’s commanders on how to send his money overseas. Young said, “[u]nfortunately I have enough flags on my name that I can’t even buy a plane ticket without little alerts ending up in someone’s hands, so I imagine banking transactions are automatically monitored and will flag depending on what is going on.”

According to the affidavit filed in support of the criminal complaint, in December 2015, the FBI interviewed Young, ostensibly in connection with an investigation into the whereabouts of CHS. Young said that CHS had left the United States to go on a vacation tour in Turkey approximately one year ago. Young said that he knew of no one in the United States or overseas who helped CHS cross the Turkish border into Syria.

According to the affidavit filed in support of the criminal complaint, on July 18, 2016, Young communicated with whom he believed to be CHS regarding purchasing of gift cards for mobile messaging accounts ISIL uses in recruiting. On July 28, 2016, Young sent 22 sixteen digit gift card codes to the FBI undercover with a message that stated: “Respond to verify receipt . . . may not answer depending on when as this device will be destroyed after all are sent to prevent the data being possibly seen on this end in the case of something unfortunate.” The codes were ultimately redeemed by the FBI for $245.

Young faces a maximum penalty of 20 years in prison if convicted. The maximum statutory sentence is prescribed by Congress and is provided here for informational purposes, as the sentencing of the defendant will be determined by the court based on the advisory Sentencing Guidelines and other statutory factors.

The Metro Transit Police Department initiated this investigation and continues to work collaboratively with the FBI Washington Field Office Joint Terrorism Task Force on the case.”

Read more →
More Stories
All the Info on Farmers & Distillers from Founding Farmers Folks Opening in November“Weekend of the World!” at Compass Rose celebrating the Olympics, Bolivian Independence and a GO-GO Brunch of course!