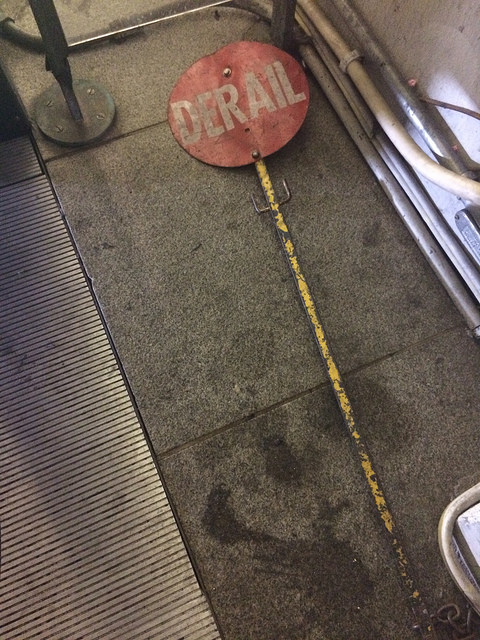 You gotta read between the lines on this press release but could be crazy:

“Metro General Manager Paul J. Wiedefeld announced today that the investigation into the East Falls Church derailment, which began as an administrative review by the Safety Department, has been expanded to include an investigation by Metro Transit Police.

Wiedefeld directed the Metro Transit Police Department to open a parallel investigation into the matter following a briefing in which investigators advised him of concerns arising from employee interviews, inspection reports, rail defect tracking, and video recordings.

“The administrative review uncovered information that warrants further investigation by Metro Transit Police,” Wiedefeld said. “While Safety Department investigations determine cause and accountability, it is even more important to understand if other issues must be addressed with the way track inspections and maintenance have been conducted.”

“The public has a right to know that the tracks on which their trains run are being properly inspected,” said Wiedefeld. “The information uncovered to date raises potentially serious concerns, and we will take all actions necessary to get answers and hold people accountable.”

Wiedefeld assured riders today that the SafeTrack program underway (in which Metro tracks are being inspected and repaired) has been and will continue to be subject to quality controls from multiple internal and external groups to ensure all track work meets Metro’s high standards. (At the time of the derailment, East Falls Church interlocking had not yet been addressed as part of SafeTrack.) Metro is engaging an outside engineering firm to conduct a comprehensive review of its track inspection program.

“While we continue the due diligence to identify the cause of any conditions that may have contributed to this incident, Metro is simultaneously repairing the system and providing better rules, training, quality control and line management,” said Wiedefeld.”