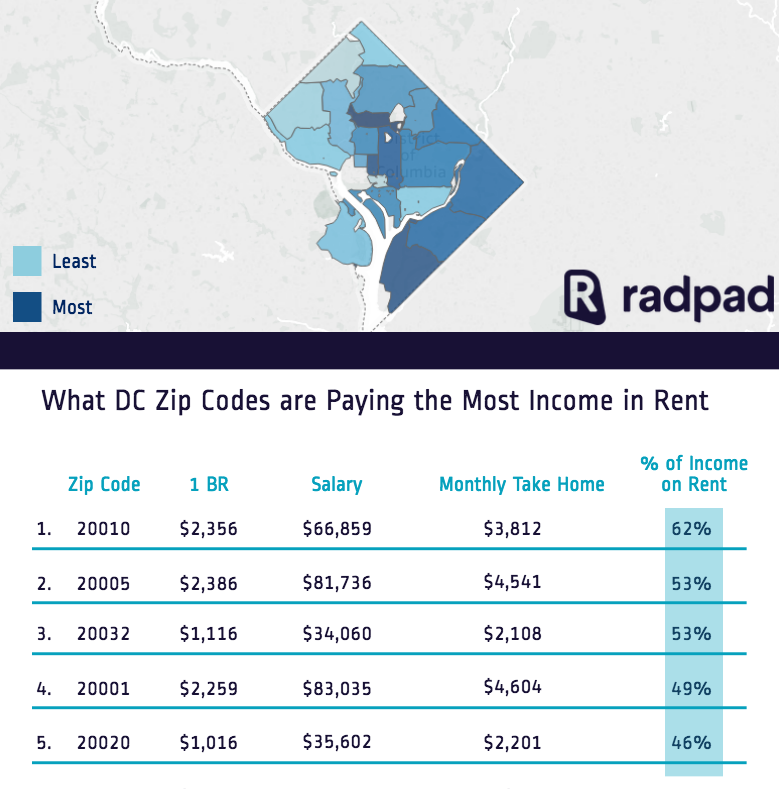 “As D.C. rents continue to rise as fast as anywhere in the country, what D.C. residents are feeling it the most in the wallet?

RadPad, the apartment search and rent payment startup, decided to take a look. To do this, it examined thousands of active one-bedroom listings across zip codes in D.C. to get a median one-bedroom apartment price for each postal number.

It then utilized 2015 U.S. Census Data with help from Income by Zip Code to get median household income numbers for each of the same zip codes. From there, RadPad was able to calculate what percentage of monthly take home pay residents from each zip code (after taxes for a single filer) are spending on rent.

And here are some highlights:

Again the full analysis on the data is here.”