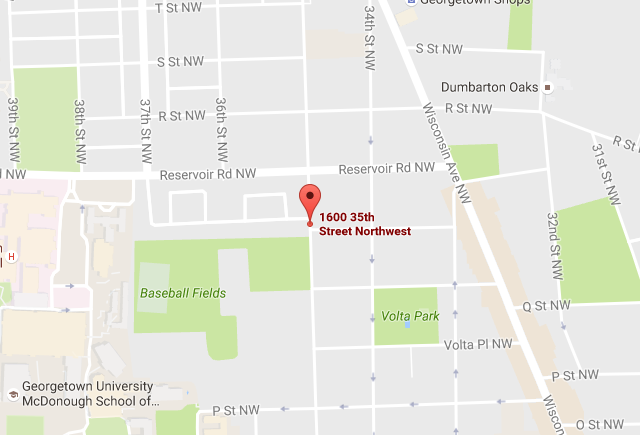 “The Metropolitan Police Department seeks the public’s assistance in identifying and locating a suspect in connection with an Assault with the Intent to Commit 1st Degree Sexual Abuse offense that occurred in the 1600 block of 35th Street, Northwest.

On Wednesday, August 3, 2016, at approximately 1:10 am, while walking in the area, the victim was approached by a suspect from behind. The suspect brandished a knife and assaulted the victim with the intent to sexually assault her. The suspect was chased off by a concerned citizen and was seen fleeing on foot southbound on 35th Street, Northwest. The suspect may have then gotten into a silver vehicle. The victim did not sustain any injuries.

The suspect is described as a black male, approximately 5’9’’to 5’11 in height, and might have spoken with an accent. He was wearing dark clothing with a hood and gloves.