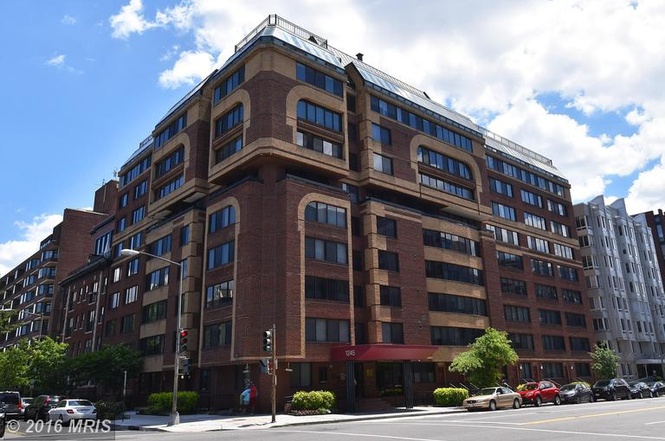 Built in post-lead paint era* 1981 as “luxury rentals” prior to the Renaissance of Logan Circle, the Logan Park occupies a prime downtown spot on the South East corner of the intersection 13th and N Streets NW. The building went condo in the early 1990’s, at which point the name changed to “Park Princess”. Her original “Logan Park” name was restored about a decade ago, when condo identity had seriously started to be a thing in DC.

A ten story property with a roof deck and elevator, the building has over a hundred total units and fifty three underground garage spaces. The $513.03 monthly fee includes 24 hour security, commonly metered heat, A/C, gas, and electricity. Some units in the building sell with garage spaces, and it is noted in the listing that rental parking is available.

*Anything built before 1978 is presumed to have lead-based paint in it and thus requires federal and local disclosure.