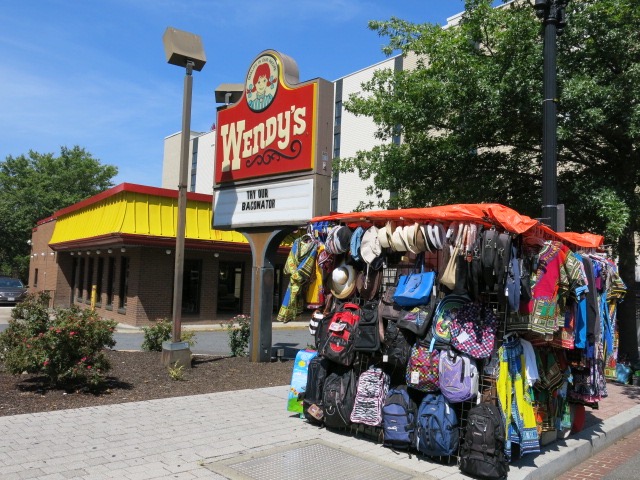 A reader reported on Friday:

“At approx. 5:15 I was getting off the georgia ave metro and a group of kids was in a clump behind me and then I realize that they were throwing eggs at people and cars and at the buses. So I dropped down behind them so they can’t hit me with the eggs and we pass this one corner where there’s an older woman who wears a full hijab who has like a little stand all the time just selling like kind of like sunglasses and umbrellas and stuff. They all mob the stand and just start stuffing their shirts and pockets with her items and she tries to grab them and they start throwing eggs at her. After they left I walked up to her and apologize just because it was so awful and gave her the money i had in my wallet because I didn’t know what else to do it was so awful. I was wondering if you could make a post for people in the Petworth neighborhood to keep an eye out for violence in the area, speak up when it’s safe to do so and maybe to buy something from this woman when they see her? She’s usually out front of the Wendy’s on Georgia.”