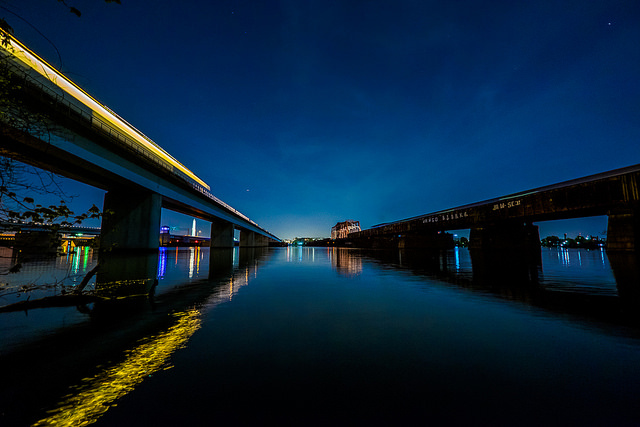 “Metro Transit Police, the District of Columbia and Arlington County will conduct a full-scale response drill Sunday, August 28, on the Yellow Line Bridge that will allow emergency personnel to practice the evacuation of a train during a simulated derailment.

The exercise, which will take place on the elevated track approaching the Pentagon station over the Potomac River, will allow emergency responders to test their capabilities on the aerial structure in coordination with water rescue teams. In addition, the drill will simulate real-world conditions to test coordination and communication between on-scene responders, Metrorail operations staff, Metro Transit Police and support personnel.

The exercise will begin at 8:30 a.m. and is expected to conclude no later than 2 p.m.

In addition to Metro Transit Police and Metrorail operations personnel, emergency responders throughout the region will participate including:

More than 100 emergency responders and volunteers are expected to attend.

Metro conducts quarterly drills with emergency responders throughout the region.

Yellow Line service will be suspended between the L’Enfant Plaza and Pentagon stations from opening until approximately 2:00 p.m. Customers traveling to/from National Airport and Washington DC should use Blue Line trains from L’Enfant Plaza or Metro Center and should allow for extra travel time.
Metro will notify customers when normal operations resume via email, text message and social media. To receive notifications, sign up for MetroAlerts.
Regular route Metrobus service will operate normally.
Members of the public in the area of L’Enfant Plaza and Pentagon stations as well as the shoreline on both sides of the bridge may notice a large number of emergency vehicles on site. Please be assured that this is only a drill.”