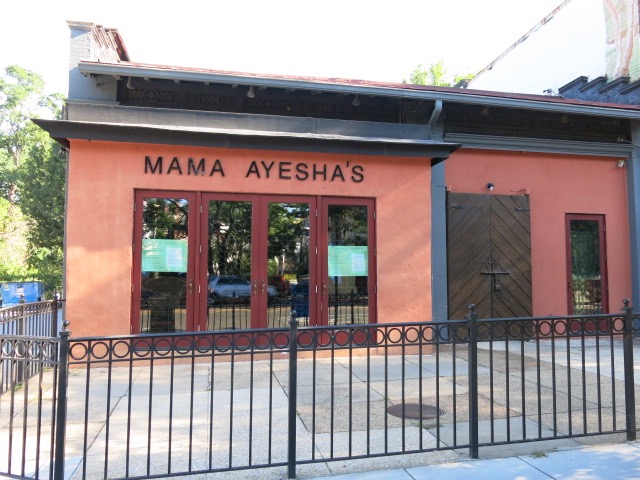 “Applicant requests a Change of Hours of operation, alcoholic beverage sales and consumption, and sidewalk café.”

For those not familiar – they’ve been around before almost all of us – from their website:

“Our founder, Mama Ayesha Abraham, was born in the Mount of Olives in Jerusalem in the late 1800’s. After running 24 farms by the age of 21, she came to the United States in the late 1940’s and was hired as a cook for the Syrian Embassy.

After toiling at the embassy and working at several D.C. restaurants, she opened her first restaurant in 1960, Calvert Cafe. The booming cafe served ambassadors, foreign dignitaries, and U.S. officals.

Known as the Calvert Cafe until Mama Ayesha’s death in 1993, the building was renamed in her honor in 1994. Now run by her nephews and great nephews, although Mama Ayesha is no longer with us, her memory and recipes remain.” 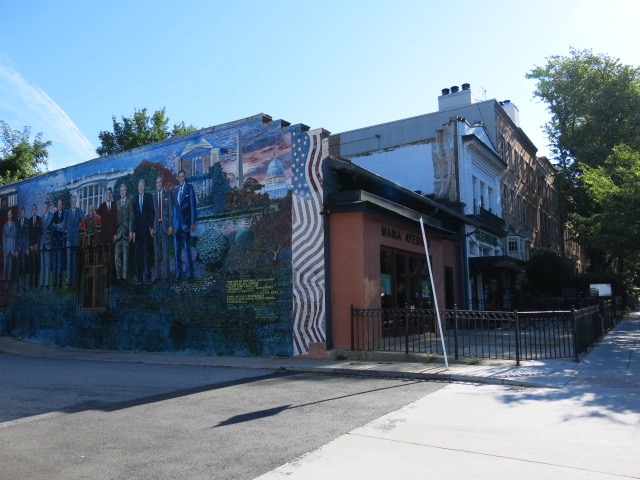