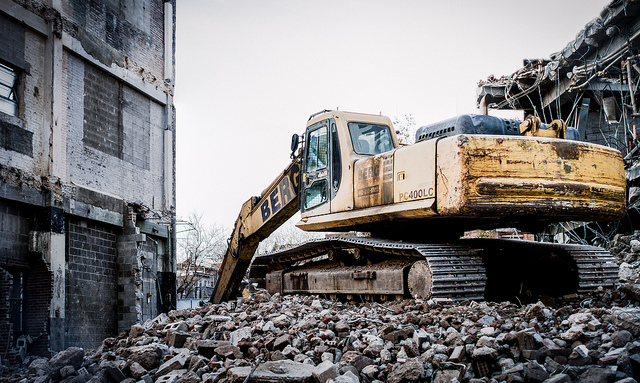 A simple question: how does one actually, practically, protect her/his interests from damage to their home when an adjoining townhouse is being renovated?

I hear people say hire a lawyer, hire a structural engineer, take lots of photos. I would love to know what has been effective, and what kind of cost is associated with this.

What kind of document can a lawyer prepare regarding damage that has happened AND *potential* damage that might still happen? How much does that cost? Have people done this and used the agreement to get damage repaired?

Aren’t structural engineers expensive to have come out ? How much does that run – my assumption is $1000 or more? Do you need an engineer and a lawyer?

A home is being renovated on our block by a developer. Beginning about a month ago, there has been full demo on the interior and one whole exterior brick wall had to come down and will be rebuilt. I think there has been some basement excavation, too. I’m a few doors down, but my neighbor who lives next door to the renovation-in-process has already had some damage occur to their home from the demolition work and is afraid of what might happen in the months ahead. The developer has acknowledged the damage to-date and promised to make my neighbor whole, but there is nothing in writing. The neighbor has taken photos of the damage, but doesn’t necessarily have photos of “before,” I am not sure, but I can see where a person wouldn’t think to take the first photo until something has already happened.

How should a person protect their interest in what is likely their largest asset? I don’t know my neighbor’s financial situation, but let’s assume if one is retired and has to be careful with expenses — is it possible to protect one’s self in this situation without having to spend significant money? How does this all work in real life — beyond just saying “hire a lawyer.”