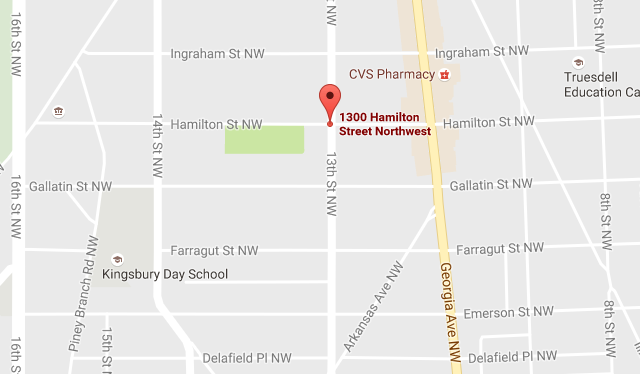 Thanks to all who tweeted info to @PoPville while events were unfolding last night.

“Around 7:15 PM, MPD responded to the sounds of gun shots in the 1300 block of Hamilton Street, NW. Officers located the victim on the Hamilton Recreation Center who reported that while he was playing basketball he observed two people opening his backpack. He approached these two people and one of them displayed a handgun. The victim ran off and heard the sounds of gun shots. He also observed one of the people take his backpack and motorized bike. The victim was unharmed and no one reported injuries as a result of the gun shots. The Fourth District Detectives are investigating this case.

Read more →
More Stories
Friday Question of the Day – Do You Know Your Neighbors’ Names?Random Reader Rant and/or Revel