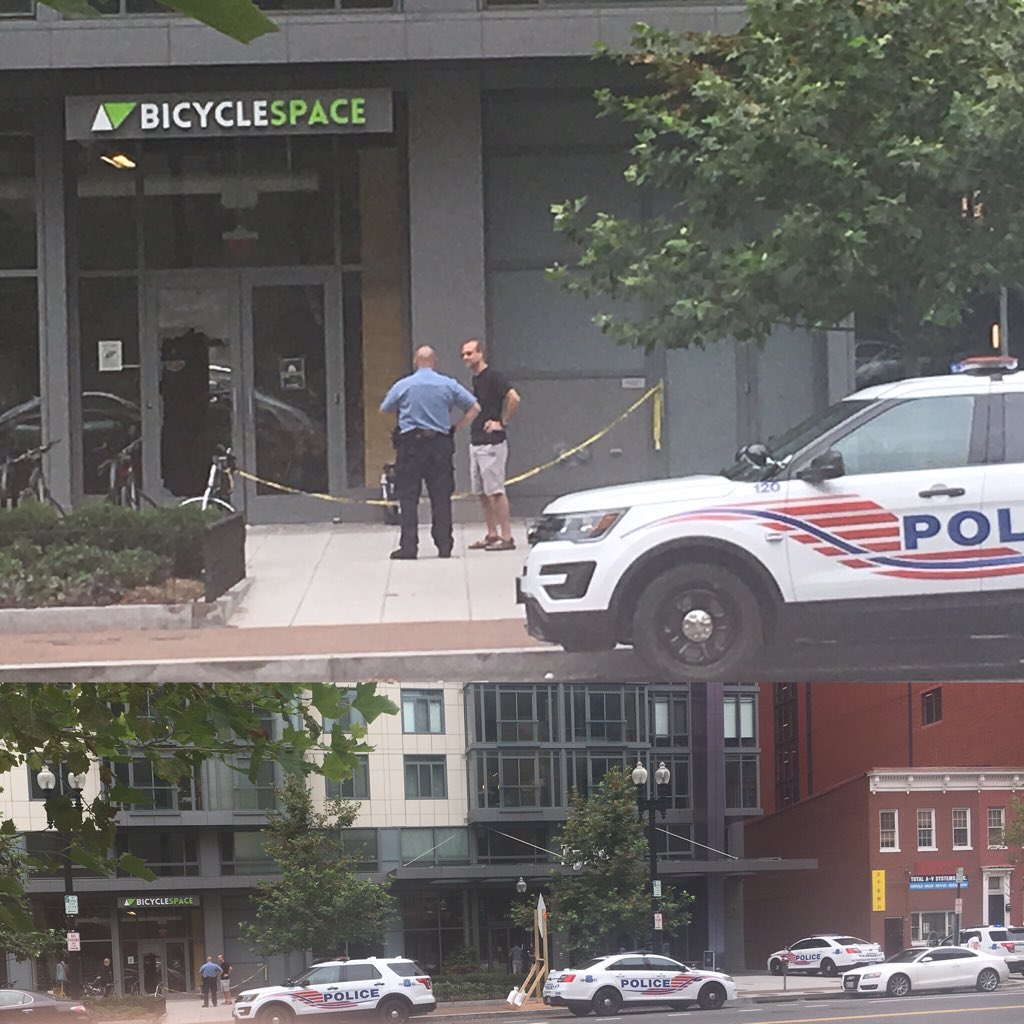 “Break in at BicycleSPACE in Mt Vernon Square. Police on scene. Tape around area & A Baked Joint next door.”

“The First Police District reports the Burglary of an Establishment this morning in the 400 block of K Street, NW at approximately 6:30 AM. The established was entered by person(s) who broke out the glass in the front door and took a number of bikes that were recovered by our officers and returned to the owner of the establishment.

Detectives from the Metropolitan Police Department’s First Police District are investigating this Burglary and should you have witnessed this break in or have knowledge of it, we urge you to contact the departments Command Information Center immediately on 202-727-9099 and reference CCN# 16-140-304.

Persons with information may also anonymously text via cell phone to 50411.”

Read more →
More Stories
Anyone Recognize Rocky? Find a Set of Keys?Where are these Houses of the Day?