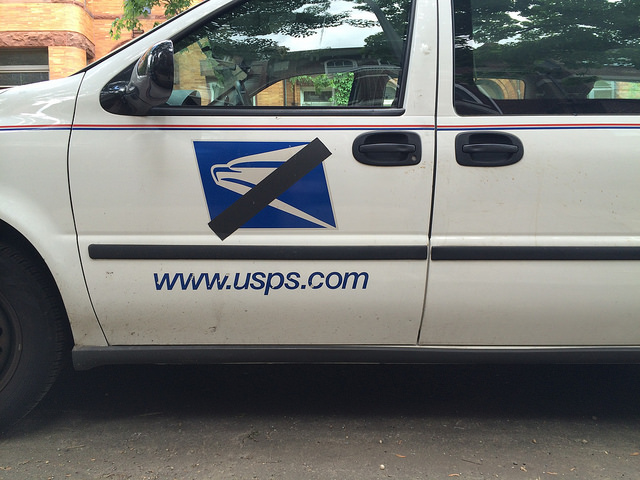 Over the last several months, I’ve had sporadic USPS package and mail delivery to my apartment in Petworth (in a small 6 unit building). The packages are returned with the stated reason that the apartment is “vacant.” (Note: I’ve lived in the apartment 1.5 years). After making dozens of phone calls over those four months (yes, really, I only got a relevant phone number from a disgruntled employee at the USPS ombudsman office who told me not to tell anyone), I finally today spoke to the local manager with the mail carrier in the room.

I was shocked to learn that my regular mail carrier stopped delivery of my mail four months ago because a “Caucasian male” in my building told him that my apartment was vacant. I asked if they had any evidence (such as a hold notice, forwarding address, any written notification, or even a name of the individual) and was told “no” and that typical USPS practice allows them to stop delivery of the mail based on verbal communication with a resident of the building. Therefore, he decided to halt delivery of my mail without any notification. When I asked why I continue to receive some packages and mail on some days, he responded that those must be the days that he takes off and his replacement must deliver them. (Note: I receive mail at least 3 times per week). Completely disgusted…

Anyone else having similar issues in Petworth? I wouldn’t be shocked to learn that this is a pattern of behavior.”