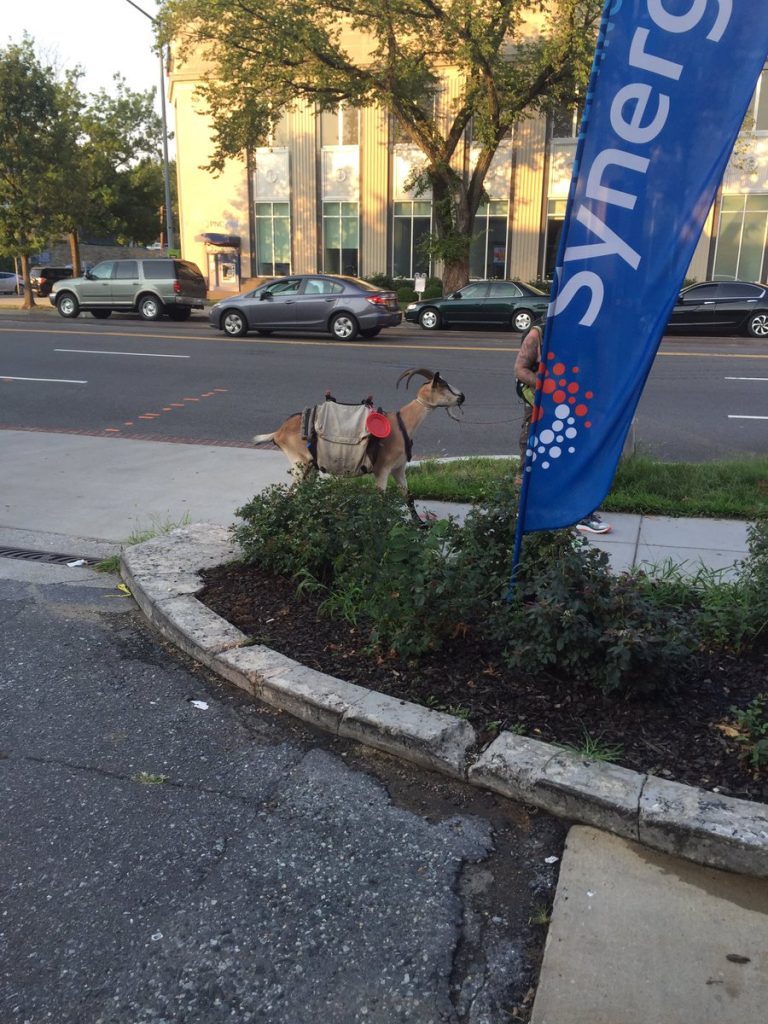 “Nothing to see, just some dude walking a goat on Wisconsin Ave. by Tenley Exxon earlier this eve… Yup.”

Earlier in the day he was spotted in Rockville.

“According to his site, Wescott “felt God call him to walk across America,” a lonely task that takes months. Though perhaps a human companion would be the obvious choice, Wescott instead chose to make his way with the aid of a companion animal. His first thought was a dog, but the dog he’d picked out sustained an injury at a dog park and Wescott was advised to look elsewhere. So he looked to the goat.”