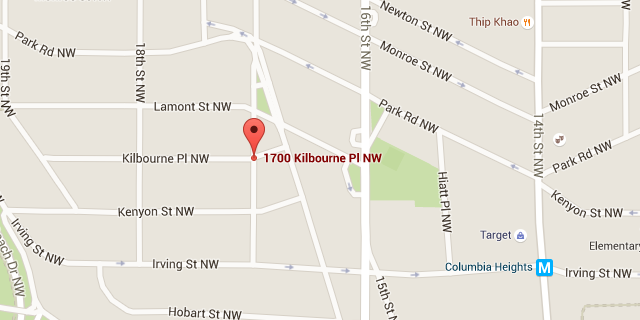 “The Metropolitan Police Department Sexual Assault Unit is seeking the public’s assistance in identifying and locating a suspect in connection with an Assault with Intent to Commit First Degree Sexual Abuse that occurred in the 1700 block of Kilbourne Place, NW.

At approximately 2:30 am, an adult female was approached by an unknown male suspect who attempted to sexually assault her. The suspect is described as a white male with short black hair, wearing a blue shirt with white writing.