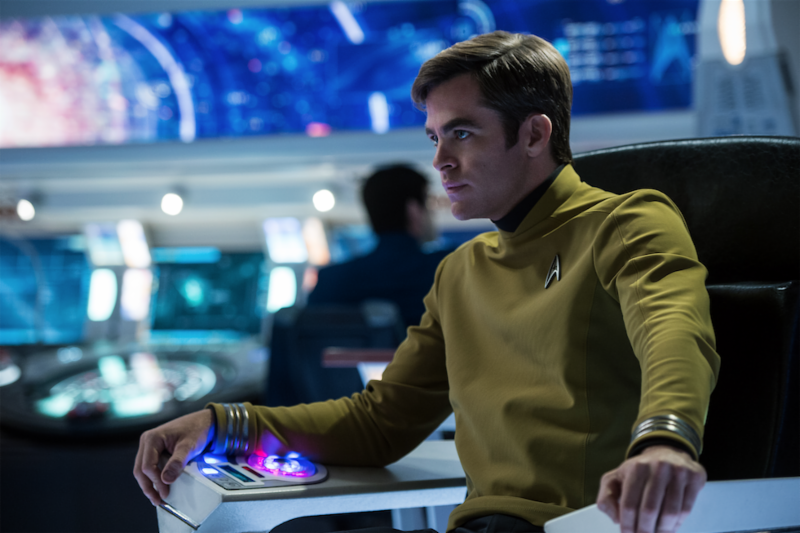 “Star Trek Beyond, from Paramount Pictures, Skydance and Bad Robot, will open at the Smithsonian’s National Air and Space Museum’s Lockheed Martin IMAX Theater and at the Steven F. Udvar-Hazy Center’s Airbus IMAX Theater on July 22, with early evening shows on July 21. Both museums will also be exhibiting costumes from the film. The National Air and Space Museum will exhibit Capt. James T. Kirk’s Starfleet uniform featuring the iconic Command Gold tunic with black pants and Starfleet pin. The Steven F. Udvar-Hazy Center will display Commander Spock’s USS Franklin uniform and Lt. Uhura’s Starfleet uniform. All three costumes were worn by the actors during the filming of Star Trek Beyond and will be on display near the theater box offices during the run of each film.

In addition to the costumes, all visitors can now enjoy the studio model of the Starship Enterprise from the original Star Trek series at the National Air and Space Museum’s Milestones of Flight Hall. The exhibit is a new addition to the hall after its nearly two-year restoration.

Star Trek Beyond the highly anticipated next installment in the globally popular Star Trek franchise, created by Gene Roddenberry and reintroduced by J.J. Abrams in 2009, returns with director Justin Lin (The Fast and the Furious franchise) at the helm of this epic voyage of the U.S.S. Enterprise and her intrepid crew. In Beyond, the Enterprise crew explores the furthest reaches of uncharted space, where they encounter a mysterious new enemy who puts them and everything the Federation stands for to the test.

The film is rated PG-13, and tickets are now on sale and can be purchased online at www.si.edu/imax or at any of the Smithsonian IMAX box offices.

The Airbus IMAX Theater is located on the main floor of the Steven F. Udvar-Hazy Center at 14390 Air and Space Museum Parkway in Chantilly, Va., near Washington Dulles International Airport.

The Lockheed Martin Theater is located on the main floor of the National Air and Space Museum building on the National Mall in Washington, D.C., which is located at Sixth Street and Independence Avenue S.W. Attendance at both buildings combined exceeded 8 million in 2015, making it the most visited museum in America. The museum’s research, collections, exhibitions and programs focus on aeronautical history, space history and planetary studies. Both buildings are open from 10 a.m. until 5:30 p.m. every day (closed Dec. 25).”

Read more →
More Stories
209 Upshur Street, NW For Sale For $4.4 MillionWhere are these Houses of the Day?