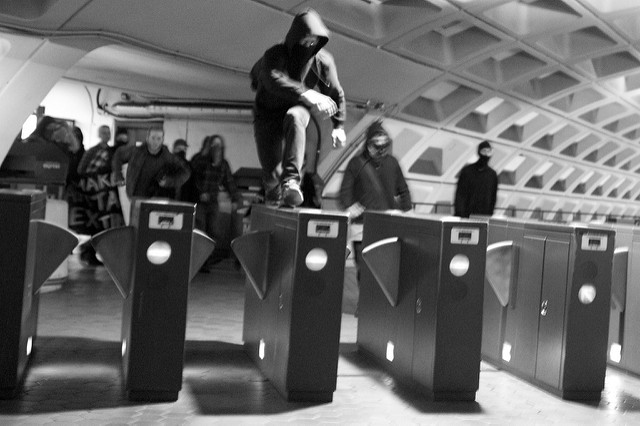 “Responding to customer feedback, Metro today implemented a grace period at all rail stations, allowing customers who enter through the faregates to change their mind within 15 minutes and exit the system at the same station without penalty. The initiative was included in Metro GM/CEO Paul J. Wiedefeld’s Customer Accountability Report (CARe) and went into effect today following technical upgrades to the fare system and weeks of testing.

“This is all about refocusing on our customers,” said GM/CEO Wiedefeld. “If I’m in line at the coffee shop and I decide I want to leave, I don’t expect to be charged.”

The new grace period policy permits riders who enter a station, particularly during a service disruption, to exit the same station within 15 minutes and receive a SmarTrip credit offsetting the base rail fare of $2.15 in the peak and $1.75 in the off-peak. Previously, customers entering and exiting at the same station would be charged the base fare, even if they did not travel.”

Read more →
More Stories
Leaning Tower of Shaw Looks Back on Track, No Longer Leaning, No Longer in Shaw5th Annual 4th of July Celebration at the Soldiers Home!